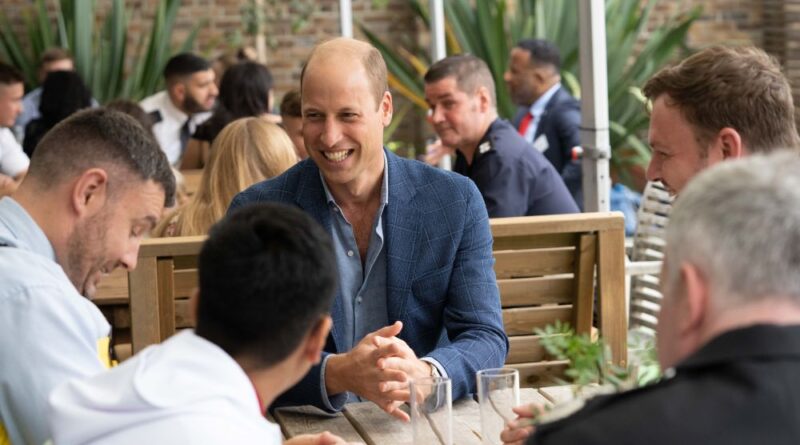 Prince William recently sat down with actress Cate Blanchett for an audio interview on Audible’s Climate of Change podcast, which Cate co-hosts with entrepreneur and activist Danny Kennedyreleased this Thursday.

Speaking on his childhood, one of the topics discussed was the Duke’s passion for the environment, for which he credits his father and grandfather, Prince Charles and Prince Philip.

Prince William reminisced on his childhood, remembering climbing trees and digging ditches, going on to say that his father and grandfather had “piqued” his interest in the natural world from an early age.

“I think my grandfather, my father, both kind of having a deep passion and interest in this area for many years, has sort of piqued my interest and my curiosity,” said William.

The Prince continued: “So growing up, I was surrounded by kind of this adventure and this idea of exploring and being out in the garden. I used to spend hours climbing trees, digging ditches and all sorts of things – hiding in dens and all sorts around the garden.

“So I used to love being out in the sort of wild and the wet” finished off William.

As a member of the Earthshot Prize Council, Oscar winner Cate was keen to talk to the royal about his ambitious environmental initiatives.

The Duke of Cambridge did not disappoint, expressing his belief that huge strides can be taken to tackle climate and environmental issues. Stated that his aim is to focus on scaling up the competition’s inaugural winners and further hopes to see more solutions by women and indigenous communities in the 2022 crop of nominees.

William called himself a “stubborn optimist” about the future of the planet, taking inspiration from Christiana Figueres, chair of Earthshot’s board of trustees.

The first Earthshot Prize ceremony was staged last October in London, this year will be in the US, though the host city remains to be chosen.