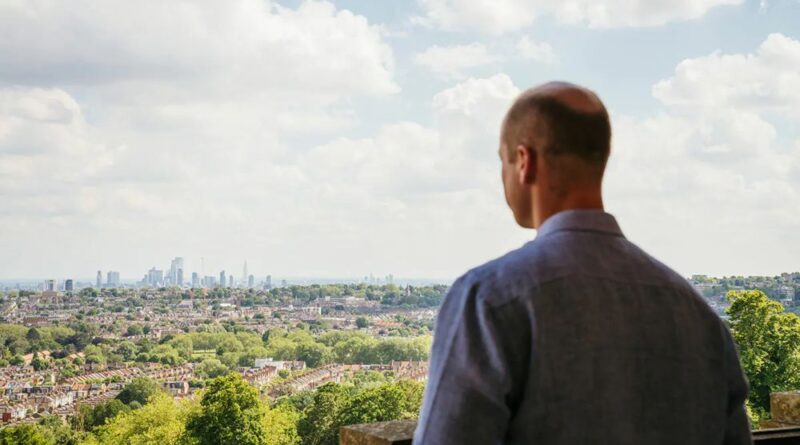 “The sight that greets you on arrival” is the sentence that the Duke of Cambridge typed out on an old-style typewriter in a video released on his social media teasing the release of the upcoming  ‘Earthshot: How to Save Our Planet’.

Prince William then signs off by typing his name.

The video was accompanied by a message that read: “In my introduction to the ‘Earthshot: How to Save our Planet’ book, I wanted to share the early conversations in 2018 that led to the Prize’s creation & the simple equation that captures my theory behind @EarthshotPrize: Urgency + Optimism = Action.”

Royal fans quickly taking to Twitter to voice their excitement for the Duke’s upcoming project.

A royal watcher by the name of Tora wrote on Twitter: “Can’t wait to hear how it was all developed x”

Another with the screennamem.r, said: “Love you, Prince William. Can’t wait for the @EarthshotPrize finalist announcement. (Great typing too!)”

Sapphire blue, wrote: “Pre-ordered mine, can’t wait to read it”.

“You’ve no idea Sir, how as a trained touch typist, it pains me to see a beautiful old typewriter not used properly,” wrote a royal watcher with experience on the issue.

In his foreword, Prince William speaks on his fears, about how a “too negative, too overwhelming” global debate on climate change could be counterproductive in tackling the very urgent issue.

An extract from the book read: “The global debate felt too complex, too negative, too overwhelming.

“It seemed to me, and this is backed up by my team’s research, that there was a real risk that people would switch off; that they would feel so despondent, so fearful and so powerless, there was a risk that any real hope of progress would come to a halt.”

Ahead of the release of the book, Jason Knauf, CEO of The Royal Foundation – the charity organisation of the Cambridges – said of Prince William: “The challenge the Duke set himself was ‘What is the maximum positive personal contribution I can make in the next ten years in the fight against climate change?

“‘What am I going to do in the next decade that means I can look my children in the eye and say that I did my bit?’

“Every aspect of the Prize bears the stamp of his contribution.”

The upcoming book is Co-authored by Colin Butfield and Jonnie Hughes, the book will be a companion to the Earthshot Prize, launched last October by Prince William.  Due to be released on September 30th it will highlight the urgency of the environmental challenges faced by the planet, showcase studies and feature contributions from council members of the Earthshot Prize.