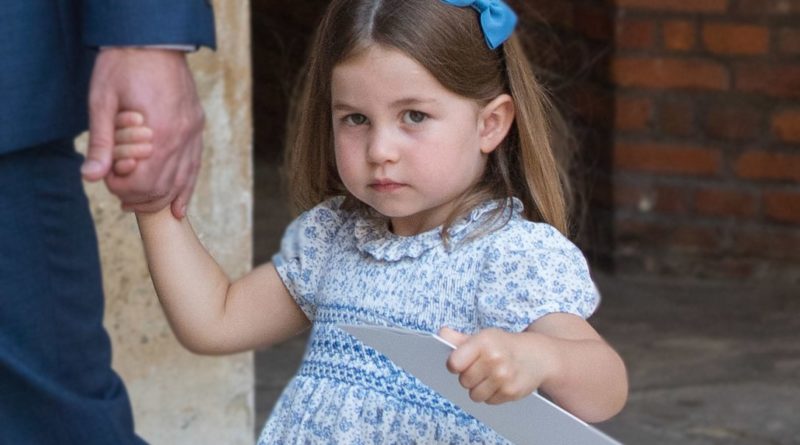 Princess Charlotte has won many hearts at recent royal engagements. And now, on her little brother’s christening, again. Charlotte may be only three-years-old, but she showed off her confident nature with a cheeky remark as she left Louis’ christening.

The little girl just needed to remind the audience to keep their distance.

While walking hand-in-hand with her father William after the service at the Royal Chapel at St James’s Palace, Charlotte told waiting photographers: ‘You’re not coming’ or ‘He’s not coming.’

"He's not coming" Princess Charlotte said looking at the cameras as she left Prince Louis’ #RoyalChristening. She clearly wasn't up for sharing any of her little brothers' cake at the after-party (even if it was a 7-year old tier from Mum & Dad’s wedding) ? pic.twitter.com/bnzou9If61

After he heard what his daughter said, William let slip a slight smirk.

She also put a smile of mom Kate’s face. Kate then responded, “Why not?”

After the ceremony, Charlotte emerged carrying the large order of service under her arm. She gave a wave as she walked towards the cameras.

Charlotte’s older brother Prince George showed his more reserved side at the occasion, keeping close to his dad’s side. When it comes to Louis, the baby really peaceful. Kate was overhead calling him “very relaxed and peaceful.” Then she added: “I hope he stays like this!”

Before the service, William, was holding George and Charlotte by the hand and could be heard to encourage them as they made their way to the chapel. He congratulated his kids for politely shaking the hands of members of the clergy before entering the chapel. William said: ‘Well done’.

Members of the Royal Family arrive at St James's Palace for the christening of Prince Louis. pic.twitter.com/3pDk4D898C

Prince Louis’s christening took place on Monday at the Chapel Royal in St. James’s Palace in London. It was a small ceremony with only Louis’s godparents and their spouses, and close family of Kate and William in attendance.

Guests were served slices of fruit cake from a tier of William and Kate’s eight-tier wedding cake. 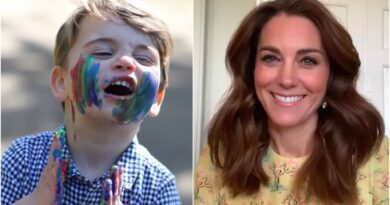