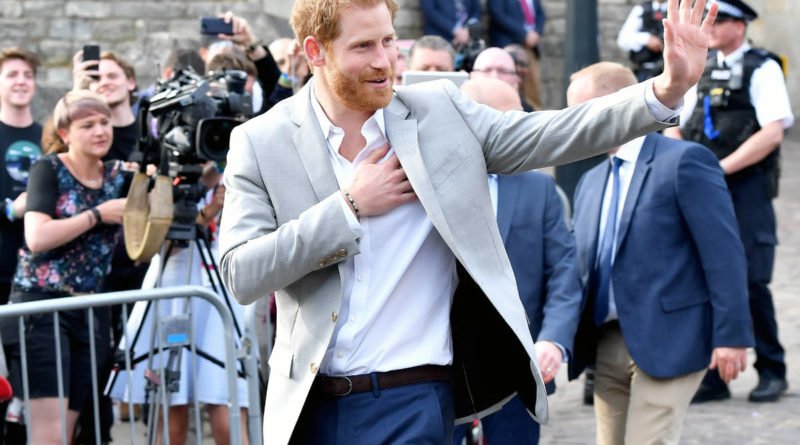 The Duke of Sussex has sent the sweetest thank you card to all his fans, thanking them for all the congratulations he got for his 34th birthday. His birthday was last month on the 15th of September, and the Prince got thousands of well-wishes from kind-hearted royals. In answer to this, the royal posted a lovely postcard with a note which read: “The Duke of Sussex is most grateful to you for writing as you did on the occasion of his 34th birthday. It really was so thoughtful of you and His Royal Highness sends his warmest thanks and best wishes.” The photo was taken from Harry’s visit to Camp Ayanganna, the headquarters of the Guyana Defense Force, in Guyana, last year.

Royal fan Bradley Donovan-Baird, who goes by @loopycrown3 online, shared a cute photo of the card on Instagram. This isn’t the first cards that Bradley has received from the Palace over the years- and he has previously talked about the cards. He stated: “One of my favorite cards I received was from Princess Eugenie of York for her engagement. I also have two hand-signed cards from the Duchess of Cornwall. I’ve been writing to British and European royals since 2016. My first ever royal reply was from Her Majesty the Queen thanking me for sending my birthday wishes on her 90th birthday. Since then I have amassed a collection of nearly 70 royal replies from all over Europe.”

Bradley added: “Of course, I still get excited every time I receive a royal reply. They are a wonderful thing to have. I am always very grateful to the staff who make it possible for people to receive such letters and cards.” Harry’s post comes shortly after his wife shared a down-to-earth postcard in honor of her 37th birthday. The note read: “The Duchess of Sussex is so touched you took the trouble to write as you did on the occasion of her 37th birthday. It really was most thoughtful of you and Her Royal Highness sends you her heartfelt thanks and best wishes.”