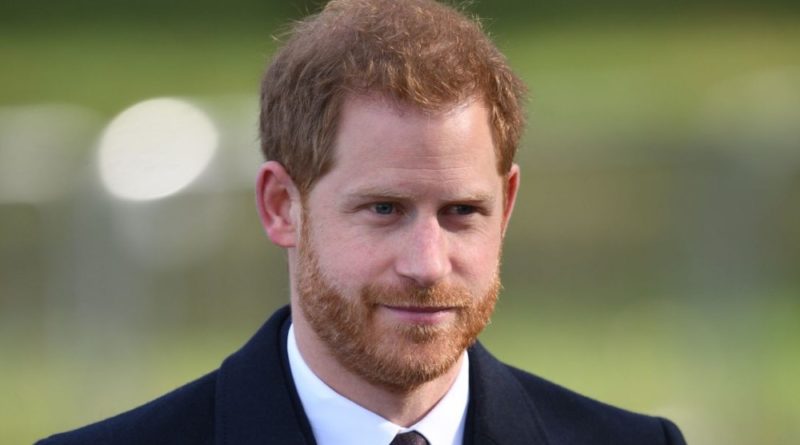 On Monday, Prince Harry visited Birmingham for a day of meaningful engagements. And even though wife Meghan didn’t join him, he still wasn’t alone!

The Duke of Sussex brought his dog on the trip! A video surfaced on Social media which shows the black and white pup running around the helicopter Prince Harry arrived in Birmingham on.

Here is another video of the Sussex dog which came with Prince Harry today. If it's not Guy, it's definitely their second dog ??? pic.twitter.com/t6ZVNLpADI

Harry started the day with a visit to the city’s Canon Hill Park. There he unveiled a touching memorial for the 31 Brits who were killed in the horrific Tunisian beach terror attacks.

The breathtaking sculpture titled Infinite Wave is made up of 31 individual streams, each one representing the British nationals who lost their lives in the Bardo Museum attack in March 2015.

In front of the families of the victims, Prince Harry said: “In memory of all those who lost their lives, and to the families whose lives were changed forever by these events.

“I would like to pay my deepest respects to you and officially dedicated this memorial to your loved ones.”

Later, the Duke visited the Scar Free Foundation Centre at a Birmingham hospital. In Kensington Palace’s words, the center “is a ground-breaking national facility that aims to minimize the psychological and physical impact of scarring among armed forces personnel.” He visited the center as part of his ongoing work to support veterans.

While there, the royal dad-to-be spoke with an old friend JJ Chalmers, a former Marine and new dad. Chalrmers and his wife Kornelia introduced Harry to their five-week-old baby, James Chalmers.

After leaning in to tickle the baby on his back, Harry, almost jumped when the youngster started to cry, before taking a step back. “It’s your turn next!” Chalmers said to him. Harry simply smiled — slightly anxiously! — as the tot wriggled and cried.

Harry and Meghan are expecting their first baby who is due any time soon! 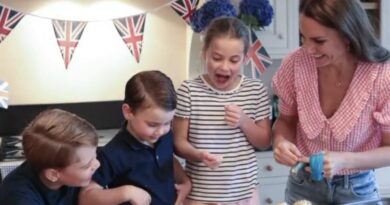