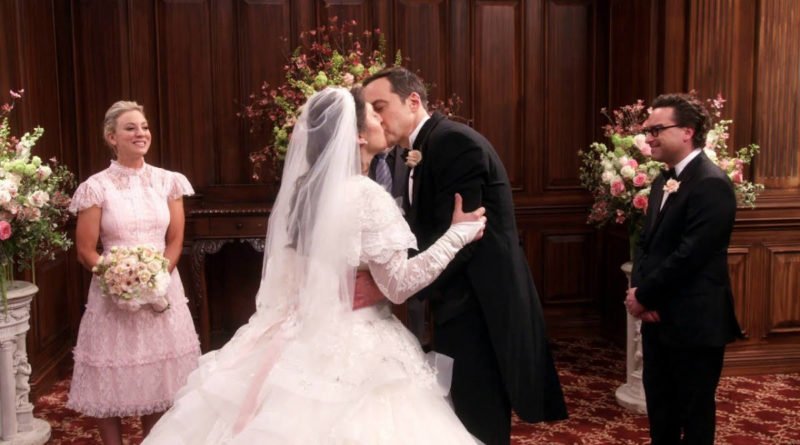 Last night we got the season finale of The Big Bang Theory, in which we got to see Sheldon and Amy finally tie the knot. And all of that in front of their friends, family and the must-have Star Wars actor Mark Hamill. And with all the stuff going on, with the famous guest stars and tearjerking vows, it’s easy to miss some details that were all over the episode.

This is one of those very minor details that only a few caught, but that doesn’t mean it isn’t significant. Sheldon’s outfit had a very small detail that honored his favorite superhero, The Flash.

First, there were Flash cufflinks, which can be seen when he and Leonard are hugging:

And as we learned from Mayim Bialik’s tweet, his socks were also Flash-themed.

Hers and His ????#shamy #wedding @bigbangtheory pic.twitter.com/xSD9clccEO

Magician Teller(most widely known for his role as Teller from…Pen and Teller) is not a man that uses tons of words…he doesn’t actually talk at all.  But in the episode, after his wife gets into an argument with Penny, Mrs. Fowler turns to her husband and says “Are you going to let her talk to me like that? Say something!”

This, of course, isn’t the first time the magician has spoken in public, but its still pretty momentous.

The Show Paid Tribute To Stephen Hawking In The Sweetest Way

In this exclusive, unaired clip from last night’s season finale, the happy couple gets one last gift from #StephenHawking. ? #BigBangTheory pic.twitter.com/xgpU7G7Wpw

The Big Bang Theory has always been a big fan of Stephen Hawking, I mean who isn’t. The scientist actually played a special role in Sheldon and Amy’s relationship. So of course, the finale featured some sweet moments centered around Hawking. There were nods to him as Amy and Sheldon delayed their own wedding momentarily because they’ve made a scientific discovery of “super-asymmetry,” which is reportedly tied to Hawking’s theories about black holes. But the biggest tribute came after the episode:

Sheldon and Amy quickly realize that its a wedding gift from Stephen Hawking, sent before he died. It turns out to be a pocket watch for Sheldon, engraved with a sweet message.

“The wedding was a big episode and it seemed like a good chance to pay some tribute to him,” showrunner Steve Holland said to The Hollywood Reporter. “Producer Steve Molaro had this idea that Hawking could have sent a gift before he passed. He had had the idea for the gift and for the inscription and we contacted Professor Hawking’s family to get their blessing. They were very nice and excited for us to do it.”

Missy Is Separated From Her Husband

In the episode, we got the shocking reveal that Sheldon’s pregnant twin sister Missy reveals that she has separated from her husband, as she and Mrs. Cooper are in the car with Raj.

This certainly allows for this to become a plot point for future seasons, and who knows maybe Raj will finally have his chance.

Sheldon Has Finally Forgiven his Dad

Throughout the series, Sheldon has only made mention of his father a couple of times, and when he does, it sounds that they had a somewhat tense relationship. In one episode, he describes his father’s parenting skills as “coasting till the day he died,” which, yikes.

But at the wedding, it seems Sheldon is finally able to forgive his deceased father.

When his mother says “I wish your Dad could see you now,” Sheldon replies, “Me too. I miss him.”

For a relationship as rocky as the one between Sheldon and his dad, even this one short statement means a lot.

It was a bit odd to see that Raj, Howard, and Bernadette weren’t on the guest list for the wedding party. Certainly, Sheldon and Amy would want the whole gang up there when they said their vows, but it seems it’s not the case.

Sheldon’s grandmother has played a big role in both The Big Bang Theory and Young Sheldon. So it came as a surprise to see that she wasn’t at the wedding.

Showrunner Steve Holland explained to The Hollywood Reporter why the producers made that decision.

“We had talked about including Meemaw because it seemed like Meemaw would need to be at the wedding, but first of all, we had so many characters [in this finale,] so we kind of had to pick and choose who could be at the wedding and who would have something else to do. Also, with Young Sheldon coming on right after and with Annie Potts playing Meemaw on there and creating such a big character, it just felt like it was hard to see the two of them back to back.”

Well, at least there’s an explanation.

Most of us didn’t realize that they had changed who played Amy’s mom. In the finale, the marvelous Kathy Bates took on the role, while in earlier seasons, such as in Season 4 when Amy and Sheldon are video chatting with her, its clearly a different person.

It might not seem that strange from a certain point of view, not inviting the mother of the best man to the wedding, but due to previous episodes showing that Sheldon and Leonard’s mom was actually pretty close, we were surprised we didn’t see her.

Now that Sheldon and Amy are officially married, we’re excited to see what happens on Season 12 of The Big Bang Theory. There’s no telling exactly when the show will return to CBS, but it’s likely going to be in September 2018.

READ NEXT: Why Mayim Bialik ‘Didn’t Feel Beautiful’ While Shooting The Wedding Scene? 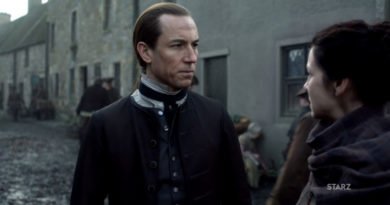 Outlander season 4: We Might Be Getting The Best Villain Yet