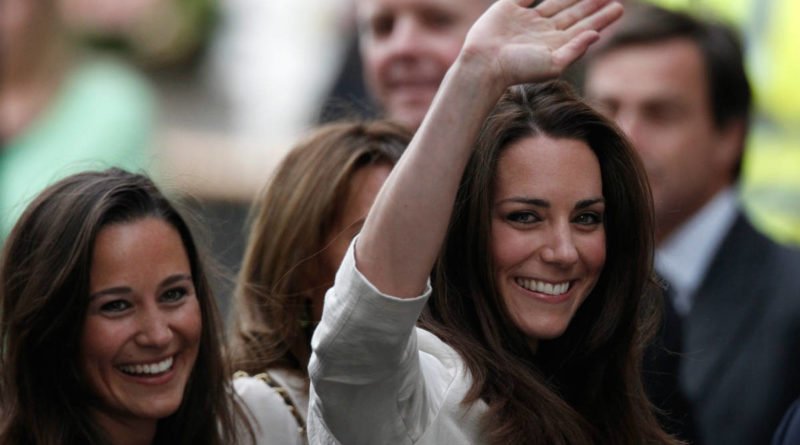 Both sisters, Kate and Pippa Middleton evidently have great figures and are quite athletic. Not long ago, Gary Goldsmith, their uncle, has revealed the secret for the sister’s fit bodies. Apparently, there is a family secret diet that the Middleton sisters stick to.

So, what is their secret weapon? Kate and Pippa’s uncle recently had an interview with Daily Mail. It appears that the guilty one for the sisters’ great bodies is Carole Middleton. According to the interview, she is the one who installed to her daughters the “mentality” of watching what they eat and moving their bodies with exercise.

Kate Middleton, even after giving birth to Prince George and Princess Charlotte is still fit. But that is thanks to the high-protein Dukan Diet, which she follows with her mother Carole. Kate swims and does yoga, besides her regular gym workouts. You can often see her and Prince William racing on kayaks, and in a running race too.

According to Pippa’s interview with Hello Magazine, she eats a lot of whole grains and three squares a day. She exercises a lot, she tries to abstain from alcohol, sugar and processed foods before having a marathon or extreme physical challenge.

Pippa shared that usually has three to five workout sessions a week. This can be a half-hour run or a tennis game etc.

Even though she focuses on eating healthy and exercising, occasionally she enjoys a few indulgences. According to her, if you allow yourself some treats it will make the diet for you easier.

“I grew up with the belief that good health is about moderation in all things, so I’ll be celebrating healthy living through exercise, a balanced diet and a little of the naughty stuff sprinkled in — I’m talking chocolate, crisps, and the occasional glass of wine.”

Speaking about Goldsmith, he revealed that he is inspired by his sister Carole, and he is currently trying to raise money for a charity. Gary is undergoing a weight-loss challenge for the Opera Global Youth Foundation.

Gary confessed that Carole is an inspiration to all. Her good habits and mental focus on staying healthy by eating right and moving her body have definitely made her look younger than 62 years.

Prince George Letter To Santa Is The Cutest Thing