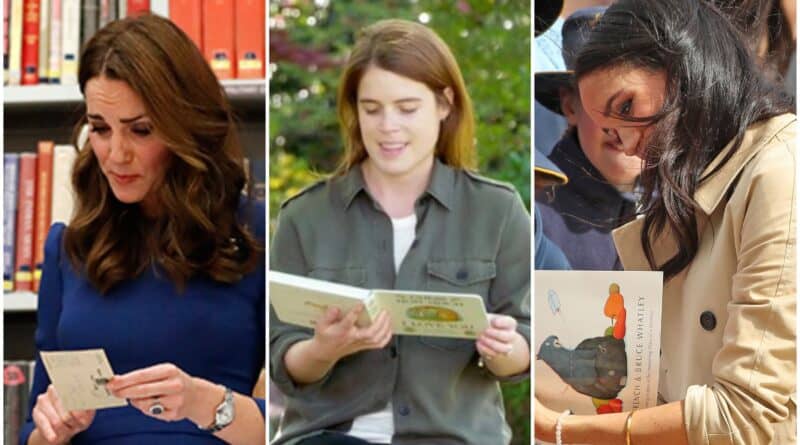 One of the most universal experiences of children around the world is getting tucked in for bedtime and having some kind of epic story or fairytale told to us by a parent or family member. It is a great way to ignite a child’s love for reading and to inspire their own imagination. And the same goes for royal parents. They too read to their children bedtime stories, with some royals even revealing their favourites.

For example, Prince William and Kate Middleton, being the great parents that they are, read often to their children, with Julia Donaldson being one of their favourite authors. During an engagement in South Wales, Prince William shared with fellow parents that all three of his children were fans of the Room on The Broom.

Prince William got to meet her personally when she received her CBE for services to literature. “I read this to our children all the time.” -William said to her- “Do you realise how many parents you have saved at bedtime?” The author’s other popular book, The Gruffalo, is also a hit in his house, and during William’s meeting with her, he said: “I know who you are. It’s a big hit in our household.”

Prince Charles, on the other hand, is doing an even more important job. He is the one that introduced Harry Potter to his two oldest grandchildren Prince George and Princess Charlotte. In the BBC One documentary Prince, Son and Heir: Charles at 70, his wife, the Duchess of Cornwall, revealed how he absolutely loved reading Harry Potter to them and even did the voices while he read. “He reads Harry Potter and he can do all the different voices and I think the children really appreciate that,” she said.

Meghan Markle, despite Archie turning only one in a week, has already picked out the books she wants to be reading her son. While doing a TV interview in 2016, Meghan Markle Rapid Fire Questions, the Duchess of Sussex was asked what children’s book she couldn’t wait to share with her future offspring. She quickly replied: “The Giving Tree.” It is a picture book by Shel Silverstein about a young boy and his relationship with a tree.

Another question Meghan was asked was: “If your life was a children’s book what would it be?” The famous mum answered: “The glorious adventures of freckle face Meg.” I bet that is going to be a very interesting read…

Princess Eugenie just got married, so it’s just a matter of time before she herself becomes a mother. When she made an appearance on her mum’s YouTube channel, Storytime with Fergie and Friends, she revealed what her favourite children’s book is. The royal revealed that Guess How Much I Love You by Sam McBratney is one of her most cherished tales, which is a sweet story of two hares measuring how much they love each other. No doubt, Sarah read this to Eugenie and her sister Beatrice as children, something Beatrice will surely do with her children once she becomes a mother.

Sarah Ferguson herself has written numerous children’s books, starting with Budgie the Little Helicopter in 1989. Speaking to Royal Central, she said: ‘If I am lucky enough to be blessed with grandchildren, it will be the most wonderful sense of joy for me and of course, I will be making up stories every day for them.’ 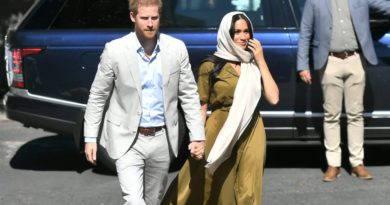 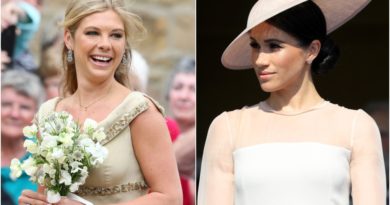