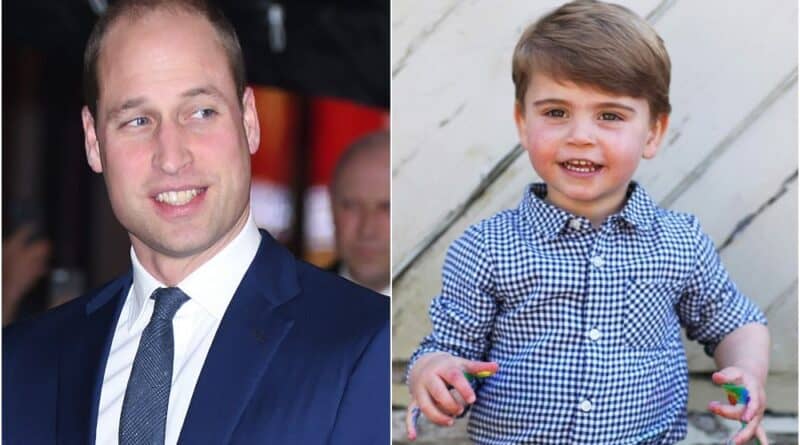 The photos, taken by mom Kate, show Louis with multi-coloured paint on his hands after creating a rainbow poster in a nod to the NHS.

The birthday boy looks cute in a checkered navy button-down shirt—a similar outfit to one that Prince William once donned. The shirt is almost identical like the one the Duke of Cambridge wore during a 2014 trip to Australia. William and Kate joined by baby George were visiting the Taronga Zoo in Sydney, Australia, where they met George the Bilby, named after the Prince himself.

Hours after we got the new photos of Louis, he made a surprise appearance with his parents and siblings. The family stepped outside their home Anmer Hall and clapped in appreciation of the NHS.

Not only he takes after George, but Louis also wore a pair of navy shoes that were first worn by his big brother. Well, it’s already known that Duchess Kate loves passing down clothes to her younger children. She has also previously dressed Princess Charlotte in shoes worn by Prince George.

Prince Louis birthday passed, and now the Cambridges are set to celebrate another two milestones.

On Wednesday, Prince William and Kate are marking 9th wedding anniversary and on Saturday, Charlotte turns 5.

According to a source, Kate and William are preparing for a Zoom party, so that their only daughter won’t feel alone on her birthday.

“The family has arranged a Zoom party for her, so she can speak to family and friends.

“Then, they have put together a full plan that will give her all the fun of a birthday – including cake and games – despite the extraordinary circumstances we are faced with.”

Among the attendees to the party there will also be the Queen, the source added.

READ NEXT: The Favorite Bedtime Stories Of George, Charlotte, Louis And Archie