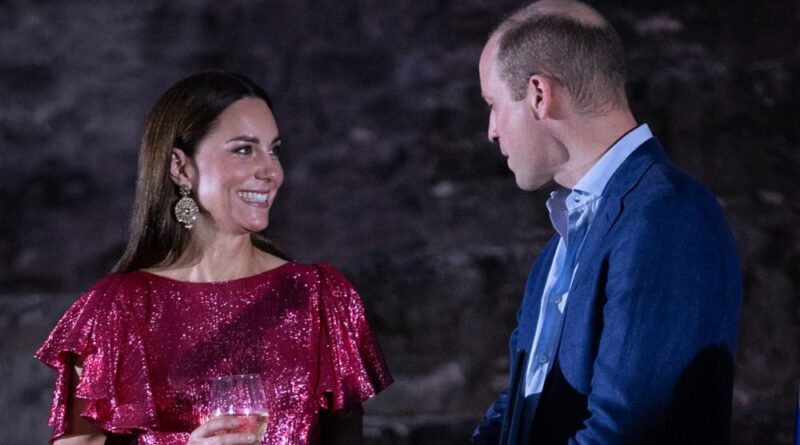 Usually, when it comes to PDAs the royal family members try to keep it down low, with Kate Middleton and Prince William being no exceptions. However, fans, being as perceptive as ever, noticed that the royal couple had multiple sweet, relaxed moments between them during their royal tour of the Caribbean, Belize Tour.

On Monday the royal couple attended a special reception at the Mayan ruins at Cahal Pech, and once the event had ended, a fan caught Prince William helping his wife navigate some cobbled steps as she walked in her Jimmy Choo heels. William turned around and offered his hand up to Kate, with the fans being moved by this and started calling him the perfect gentleman.

The posts tell the whole story: “He is such a gentleman,” wrote one Twitter user alongside a bunch of heart-eyed emojis. “Oh my god you’re the cutest couple I have seen,” another shared, while a third posted, “William helping his wife down the stairs by holding her hand,” adding a love heart emoji.

During the first day of their fast-paced Belize tour, the Duke of Cambridge had been seen multiple times placing his arm on his wife’s back, like when they were leaving from their meeting with the Prime Minister and heading back to the car.

Emily Nash, royal editor at HELLO!, has explained why royals tend to not do PDA so often. “The Duke and Duchess are almost always seen in photographs taken during official engagements so they are at ‘work’ and it would be unprofessional to hold hands,” she said.

“They also need to shake hands with a huge number of people as they meet them, so aside from being on duty, it wouldn’t be very practical!

“We know they are very affectionate and that sometimes comes across during more light-hearted moments, at sporting events or similar, but you wouldn’t expect them to put that on show while in more formal situations.”

Royal fans were delighted when news of this tour broke out, as this is the first official royal tour that the Duke and Duchess of Cambridge have been on since the start of the global pandemic, and the excitement and joy were felt all over social media.

Comments on Cambridge’s official Instagram account range from: “I’ve missed royal tours so much,” “Proud of you both – great representatives for the UK and Commonwealth,” to “Congratulations on a successful tour so far! I hope you two continue to have a wonderful time and enjoy yourselves completely. Safe travels!”

For Kate and William Jamaica is up next. The royal couple will say their goodbyes to Belize on Tuesday and take a short flight to the Caribbean Island country, where they will spend two nights before moving on to their final destination-the Bahamas. 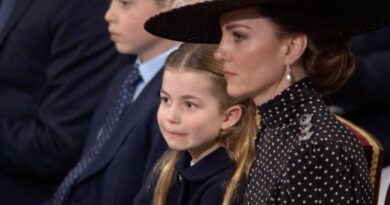 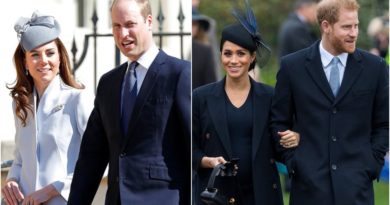 See The Photos Of William, Kate, Harry And Meghan The Queen Has On Display At Home