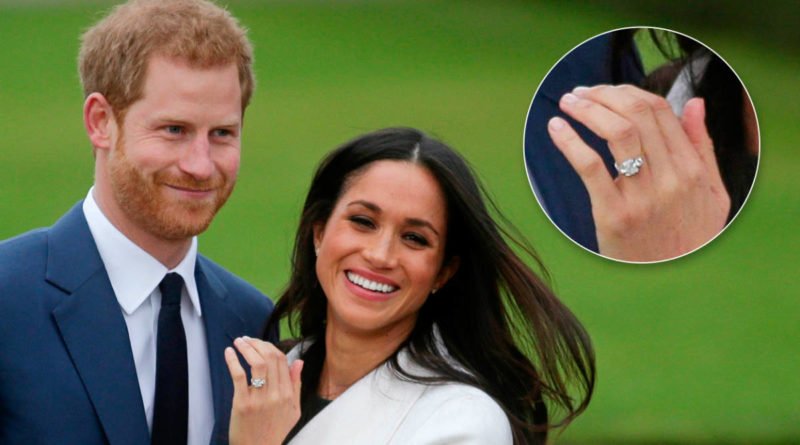 2017 is almost over and it was not the improvement we had been hoping for over 2016, however it did have its moments. One of the biggest headlines this year was the engagement of Meghan Markle and Prince Harry.  And of course, the Suits star has the engagement ring to prove it. But there is another detail you might have missed in all those photos of the couple. What kind of nail polish is Markle wearing to complement her diamond? And just like any other first world problem, we found the answer on Yahoo! and it turned out it’s a special bottle of lacquer for the Royal Family.

OK! had previously reported that the Royal Family have a special dress code that discourages the women to not wear “bold” nail polish, which might be the reason why we have never seen Kate Middleton getting up to date with all the new trends of nail make-up.

Despite this, they still have tons of other options that would make anyone jealous. According to our reliable source Yahoo!, the pink color that Markle was wearing in her engagement photos is the go-to nail polish for anyone in the Royal Family that wants it to at least be “barely there.”

Yahoo! also states that the Queen also is a fan of  Essie’s “Ballet Slippers,” and Markle also wore the shade (or something similar) for her photos. The brand is available at any drugstore, so the Queens hats won’t be the only thing you can steal from her look.

It’s well known that Essie’s “Ballet Slippers” is a classic. In 2012, Racked interviewed Essie manicurist Carla Kay, and she explained why the shade is so beloved:

The sparkler has now been revealed, as the loved-up duo posed for their first official photo as an engaged couple. #meganmarkle #princeharry #engagement #royalfamily #canadian #canada #uk #england #London

“Ballet Slippers stands out from the rest because it’s such a classic sheer-pink shade that goes well with every skin-tone. The color application is also incredibly smooth and flawless and always results in a sophisticated and clean nail look,” Kay explained, adding, “It’s a favorite among brides everywhere for these reasons.”

Could Markle make it also her nail-polish choice for the big day as well, perhaps, all we know is that the Queen would certainly approve.