According to Downing Street, Prince William has just been appointed as Lord High Commissioner by the Queen, in order to be the one to represent her at the General Assembly of the Church of Scotland. The Duke of Cambridge was officially given the role back in 2020, but that year’s General Assembly had to be cancelled due to the global health crisis.

On the website, it says: “The Lord High Commissioner makes opening and closing addresses to the General Assembly and reports to Her Majesty on its proceedings.

“For the duration of the General Assembly, the Sovereign grants the Lord High Commissioner permission to reside at the Palace of Holyroodhouse and, during this time, His or Her Grace receives a Guard of Honour, a 21-Gun Salute and the keys to the City of Edinburgh.

“It is also customary for the Lord High Commissioner to invite distinguished guests to stay at the Palace, and to offer hospitality to Commissioners to the Assembly and those who have contributed to public life in Scotland.”

Besides their titles of Duke and Duchess of Cambridge, in Scotland William and Kate are also Earl and Countess of Strathearn.

The Church of Scotland is a Presbyterian church, which means that they only recognize Jesus Christ as ‘King and Head of Church’. Therefore the Queen does not hold the title of ‘Supreme Governor’ of the Church of Scotland, instead attends the church services in Scotland as an ordinary member like anyone else.

This title has been given to loads of other royal family members in the past, with Princess Anne holding it twice, Prince Charles-the Duke of Rothesay in Scotland-Prince Andrew and Prince Edward all having it once.

READ NEXT: Prince William Most Popular Choice For Head Of State If Monarchy Abolished 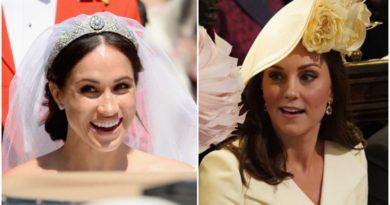