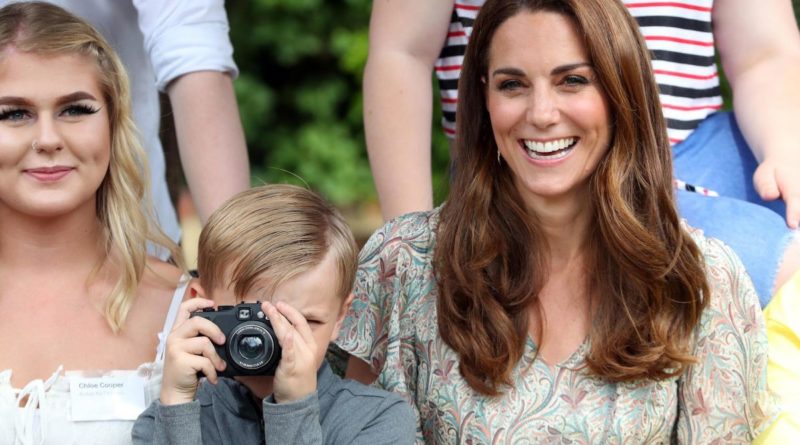 Kate Middleton looked absolutely overjoyed today when it was revealed that the Queen had handed over a special role. She was announced to be the next Patron of the Royal Photographic Society, a position that the Queen, 93, held for the past 67 years.

We are sure that the Duchess will do a great job as well, as this is a perfect fit for Kate, who is a known for her love of photography and the stunning photos of her children that she takes.

She attended a photography workshop today, to coincide with the announcement. She simply shined in a summer dress as she chatted with members of The Royal Photographic Society and Action for Children, which is another of The Duchess’s patronages. She got the chance to work on all kinds of activities with young people who travelled from across the country to be involved. She got to see the children’s own works, such as that of nine-year-old Josh Evans, who showed Kate pictures he had taken of the local surroundings at the centre, including a brown leaf set in a puddle.

Sitting on a bench in the garden with the schoolboy, Kate said: “Oh wow, you’ve got a real talent there. That’s really good.

“Do you like taking artsy pictures like that? I think you are very good, you should definitely keep it up.”

After his meeting with royalty, down to earth Josh said: “I didn’t know who she was but she wanted to see my pictures.”

Kate was joined in Kingston upon Thames, south-west London, by children from the charity in several sessions, run with Royal Photographic Society Honorary Fellows Jillian Edelstein and Harry Borden. Both the Duchess and the children were shown some aspects of the various elements of photography, such as portraits, light and colour. Kate was giggling the entire time she spent with the youngsters, barely containing her excitement.

She talked with Josh Evans, another child that took part in the activities. The royal talked to him about their mutual passion. Josh’s mother Natasha Evans, 37, talked that with the help of a junior member from Action for Children, her son, who is suffering from ADHD and behavioural problems, has grown a lot and gotten better. She joked that her son didn’t even know the Duchess before this, saying: “It didn’t matter to Josh, he gets on with everyone, but in a few years time when he sees the pictures of him and Kate he’ll know how important today was.”

Kate also exchanged some tips with the 15-year-old Neeve Rees from South Wales and Courtney moon, 14, from Dorset, with the two of them listening carefully as the Duchess gave them some tips on choosing subjects to photograph. She said: “Just look at everything around you. Maybe it’s in front of you, or far away but choose your subject and focus in on it.

“Get outside with your camera as well. George and Charlotte love it when we do that.”

Neeve said: “I really liked her, she was very positive and said we had to keep it up because she liked our photos.”

Besides developing new skills, the workshop also had the goal of highlighting how photography provides a universal language for young people to express themselves and release their thoughts and feelings.

This fits in nicely with another thing the Duchess is a huge supporter of, and that is emotional wellbeing, especially in young people, and this just shows the beneficial impact that art and creativity can have on it.

The Society has over 11,000 members and runs an extensive programme of more than 500 events throughout the United Kingdom and internationally.

Her Royal Highness was made an Honorary Member of the Royal Photographic Society in January 2017.

Chief Operating Officer of the Royal Photographic Society Mike Taylor said, “It is a huge honour to have The Duchess as our Patron, especially given her personal interest in photography.

“We know that photography and creative pursuits have such a positive impact for people of all ages, and we are excited to be working with one of The Duchess’s charities in support of their work.”

READ NEXT: Charlotte And George Will Reportedly Serve As Bridal Attendants In Another Wedding 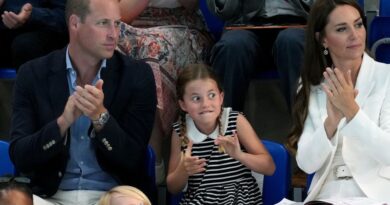 How Meghan Will Spend Her First Birthday As A Member Of The Royal Family?