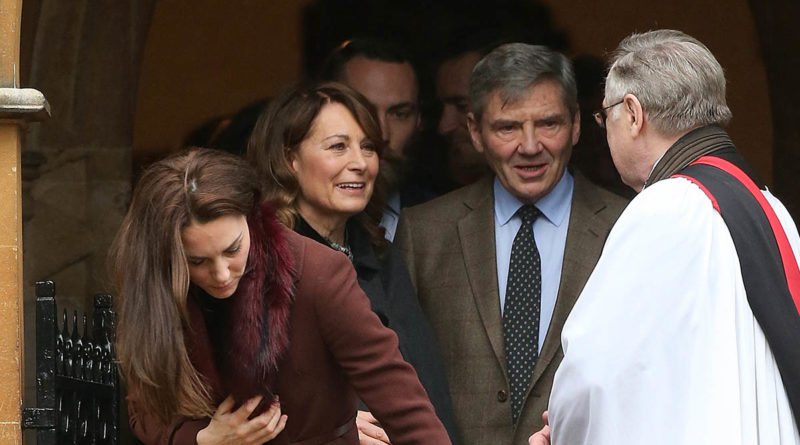 Kate Middleton and her family had a special weekend as on Saturday they celebrated her father Michael Middleton’s  70th birthday. No information about the celebration has been released, but we can speculate that the father-of-three was in the company of his wife Carole and their three children: Kate, Pippa Middleton and James Middleton on the day of the milestone, as well as their four grandchildren, Kate’s three: Prince George, Princess Charlotte and Prince Louis; and Pippa’s son Arthur Matthews.

This comes after the family celebrated another milestone last weekend, as Michael and Carole celebrated their 39th wedding anniversary. The couple first met when they were both working for British Airways, at the time Michael was a flight dispatcher, while Carole was a flight attendant. They have a very strong bond with all their children and their partners.

They often times are seen together at events, with both couples, Prince William and Kate and Pippa and James Matthews, the most recent one being at Lady Gabriella Windsor and Thomas Kingston’s wedding. Michael and Carole were also guests at the wedding of Prince William’s brother Prince Harry, when he exchanged vows with Meghan Markle in May 2018.

The family like to keep a low profile, especially Carole and Michael. However, in December we got a chance to find out some details about their family life when Carole opened up about her parenting and how politeness was something she thought her three children from an early age.

She told The Telegraph: “You can’t suddenly start teaching them about politeness at 13. You have to do it from the start.” She also spoke about her close relationship with her two sons-in-law, Prince William and James. “I have two lovely sons-in-law and I hope I’ll have a lovely daughter-in-law,” she explained. We will probably get to see the Middletons next at Wimbledon on July 1st, as they are huge fans.

READ NEXT: Meghan Has Made A Big Change To Her Engagement Ring