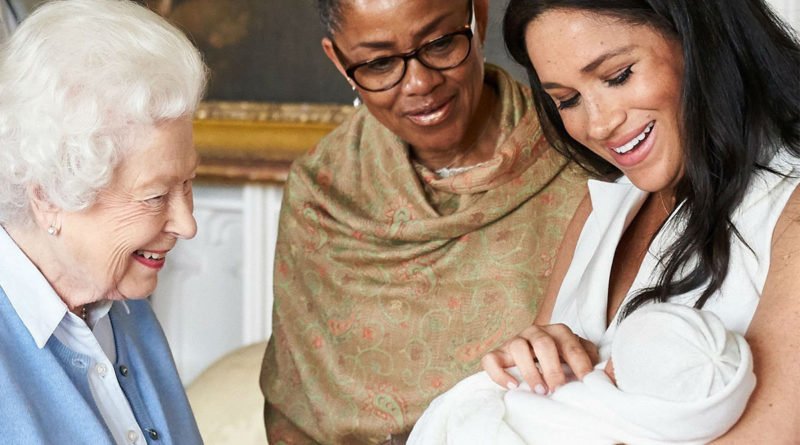 The Duke and Duchess are planning to Christen they firstborn baby Archie this summer, with the date still unknown. They will, of course, invite friends and family at the occasion, but from recent reports, one royal family member will not be able to attend on Archie’s christening, and that being the Queen.

According to The Sunday Times, Her Majesty will not be in attendance at next month’s christening as she already has plans for that period of time. She did attend Prince George and Princess Charlotte’s baptisms, in 2013 and 2015 respectively, but was unable to attend Prince Louis’ christening last year.

Neither the couple, nor the palace have commented when the christening will exactly take place, but it is speculated that it will be the first week of July. The venue for the christening will most likely St George’s Chapel in Windsor, for it is not only very close to their family home Frogmore Cottage in the Home Park. It already has significance to the royal couple, as it was the place where they exchanged vows in May 2018, as well as being the place where the Duke was christened in December of 1984.

Lots of royals will be invited at the christening, from Prince Charles and Camilla to Prince William and Kate Middleton. Meghan’s mother Doria Ragland will most likely fly over from California and stay at her daughter’s home in Windsor around the time of the christening.

We should also get information on who the royal couple choose to be their godparents, with the top pick being Meghan’s best friend and former stylist, mother-of-three Jessica Mulroney, to do the honours. But we will have to wait and see.

Keeping up with tradition, Prince Archie is expected to wear the same Honiton lace and silk-satin gown that many royal babies have in the past, including his cousins Prince George, Princess Charlotte and Prince Louis.

The current garment is a replica of the one previously worn by now senior royals, such as Prince William and the Queen. It was washed in spring water and stored in the darkness between christenings. But in 2004, it was decided that the original garment, made in 1841, was too delicate to be used, therefore Her Majesty commissioned her dresser Angela Kelly to make an exact replica.