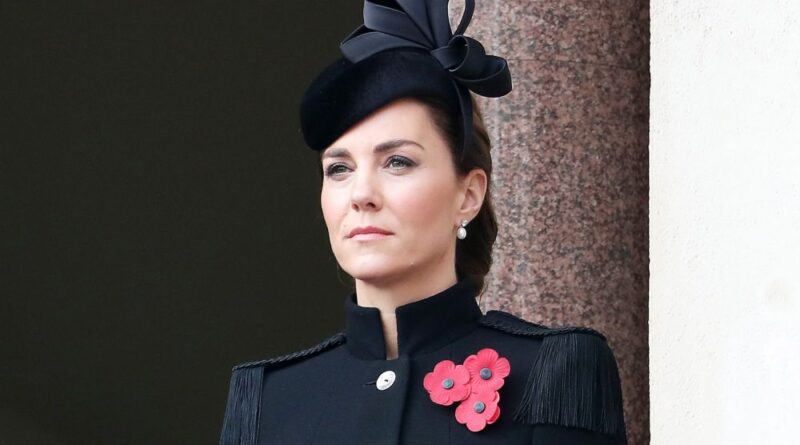 The Duchess of Cambridge was stylish as ever at the event, giving a nostalgic nod to loved ones with one of her accessories. On Sunday the Queen, along with other royal members, such as the Duchess of Cornwall and Duchess of Cambridge, stepped out to mark Remembrance Day, all dressed in black from head-to-toe, except for the red poppies pinned on their coats.

Fans noticed that Kate Middleton had three poppies on her military-inspired coat. The poppies are thought to be in honor of her great-grandmother Olive Middleton’s three brothers, who all fought and died in World War I.

Ever since 1921 paper poppies have been used to commemorate military members who lost their lives in the war. Other members of the royal family usually wear only one, with the exception of the Queen who wears five, Kate is the only other one to wear more than one.

This year, the Duchess went with a new fitted coat by Catherine Walker & Co. which featured a high mandarin collar, fringed shoulder-detailing and silver buttons. This British brand has been somewhat of a favorite of the Duchess, wearing it for almost a decade, and she’s not the only one, as Princess Diana also loved it.

For the event, Kate’s hair was styled in a 1940s vintage-inspired loose updo, with a sculptural bow hat by Philip Treacy to finish off the look. The Duchess accessorized with classic diamond and pearl earrings that she has had on long-term loan from the Queen since 2016.

Kate was grouped with Camilla, the Duchess of Cornwall, on one of the balconies above the Whitehall, standing in the one adjacent to the Queen’s balcong, as the two of them watched the ceremony led by Prince Charles and other members of the family, including Prince William, to lay wreaths onto the Cenotaph.

The entire ceremony kept to the in-place government protocols. Upon re-entering the building, Kate wore a mask and get into her waiting car upon her departure. The mask was from the London-based brand Amaia, which specializes in traditional children’s clothing. The company has sold out thanks to the Duchess, and that is a great thing, as it has raised thousands of pounds for NHS hospitals from sales of their adult and kids masks.

This year the whole ceremony had to be taken down a few notches, due to the still ongoing global pandemic. This year instead of the usual 10,000 veterans who gather to take part in the two-minute silence and watch the military parade there were only 30 attendees.

READ NEXT: Why Kate Didn’t Stand With The Queen On Remembrance Sunday 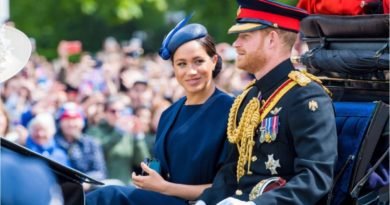 Prince Harry And Meghan Excited For Their New Project

Kate And Meghan Will Attend A Special Royal Celebration