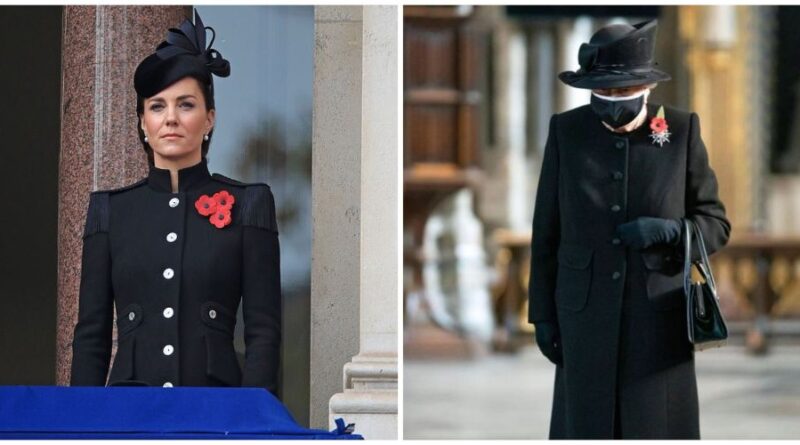 The Queen, along with other members of the royal family, stepped out for the Remembrance Sunday service on 8th November, however, this year things are just a bit different due to the global health crisis.

In previous years the Duchess of Cornwall and the Duchess of Cambridge would be standing alongside the Queen as they watch the proceedings from the balconies of the Foreign, Commonwealth and Development Office, but this year the royals were separated from each other. The Queen was joined by her lady-in-waiting, Mrs Susan Rhodes, while Camilla shared a balcony with Kate, all the while standing two meters apart, as per the protocols. Setting the example for everyone as the world is still fighting the global health crisis, and with England going into its second lockdown, it’s important that everyone follows the rules set by the government for social distancing, even royals.

For the Remembrance Sunday service the monarch came back from Windsor Castle, where she is staying during England’s second lockdown with her husband, the Duke of Edinburgh. Prince Charles was the one to lay a wreath on the Queen’s behalf, while an equerry placed one on behalf of Prince Philip, who stepped down from his public duties back in 2017.

During last years Remembrance Sunday service, fans were surprised that the Duchess of Sussex was not standing alongside the Queen, with the Duchess of Cornwall and Duchess of Cambridge, sparking all kinds of debates and theorizing.

The answer is quite simple, as the royals are grouped together in order of precedence. The 94-year-old monarch was joined by Prince Charles’ wife Camilla and her granddaughter-in-law Kate Middleton. In the years before she was joined by her husband Prince Philip, with Kate taking his place for the event since 2018.

So the Duchess of Sussex was placed next to Elke Büdenbender, the wife of Germany’s President Frank-Walter Steinmeier, in 2018, while in 2019 she stood alongside the Countess of Wessex and Princess Anne’s husband Sir Timothy Laurence.

The balconies of the Foreign & Commonwealth Office building are much smaller when compared to the balconies on Buckingham Palace, where the entire royal family have enough space to stand together at events such as Trooping the Color.

READ NEXT: The Royal Family Reunite For A Scaled-back Remembrance Sunday 2020