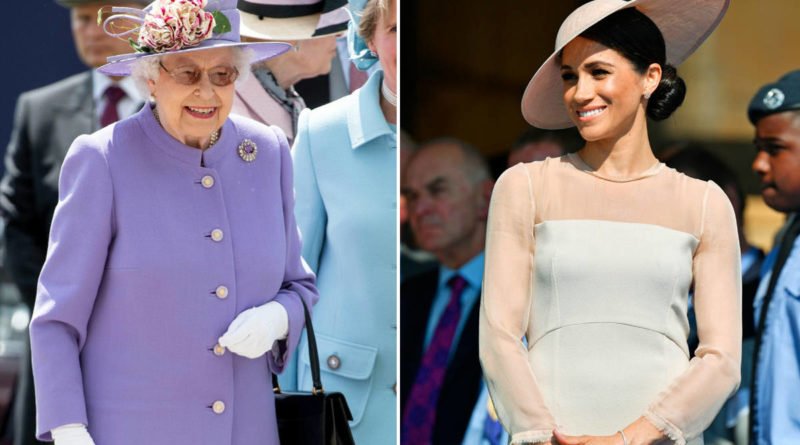 Still, she won’t be alone, she’ll be with Queen Elizabeth. The new Duchess will join Her Majesty in officially opening the Mersey Gateway Bridge in Cheshire, opening the Storyhouse Theater in Chester, and attending a lunch at the Chester Town Hall, the royal family website states.

Have you ever wondered, with so much bonding time will Meghan and the queen talk about? But, it seems that they actually share a very special bond. Both Meghan and Her Majesty have an affinity for the country of Malta. Queen Elizabeth has often told of her love of Malta, having lived there for two years with Prince Philip shortly after they married.

They lived at Villa Guardamancia on the island between 1949 and 1951 as a newlywed couple and is the only foreign country she has ever lived in. This was due to Prince Philip being stationed there as a Navy officer at the time.

Meghan’s ties to Malta run much deeper. Back in 2015, she took a trip to the country to learn more about her ancestry. Apparently her great-great-grandmother Mary Bird was born on the central Mediterranean island before she emigrated to the U.S.

“The trip was mostly about trying to understand where I come from, my identity. There is something so lovely about fitting in a piece of the puzzle,” she explained during an interview with local food blog Little Rock. She added: “Before I [went], people were telling me, ‘When you go to Malta, everyone will look like you,’ and I started to say, ‘Oh my gosh I do sort of blend in,’ and it’s the loveliest feeling: people have been so kind.”

Foodie Meghan was really impressed by the local cuisine. She revealed: ‘In Gozo I loved the fresh goat’s milk cheeses, particularly the pickled ones with the black pepper on them.

‘I’m about to have the spaghetti with rabbit, which I’ve been waiting to try. This morning, for breakfast, I tried the pastizzi with peas and ricotta. Oh my goodness, they’re delicious!

‘So my suitcase will be filled with all sorts of Maltese treats.’ Meghan and Queen Elizabeth’s memories will surely spark a conversation.

Malta was definitely a peaceful oasis for Her Majesty after her father, King George VI, fell ill in 1951. Years later, Lady Pamela Hicks, who was one her bridesmaids, revealed to the Daily Mail why the royal fell in love with the country. “The Princess really loved Malta because she was able to lead a normal life, wander through the town and do some shopping,” she explained, adding, “It was the only place that she was able to live the life of a naval officer’s wife, just like all the other wives.”

Adapting to change is another shared experience between the Queen and Meghan. Meghan’s life has already gone through a series of changes since getting engaged to Prince Harry.

READ NEXT: Harry And Meghan’s First Royal Tour Is The Same As Charles And Diana’s

These Are The Nicknames Duchess Meghan Had Throughout Her Life