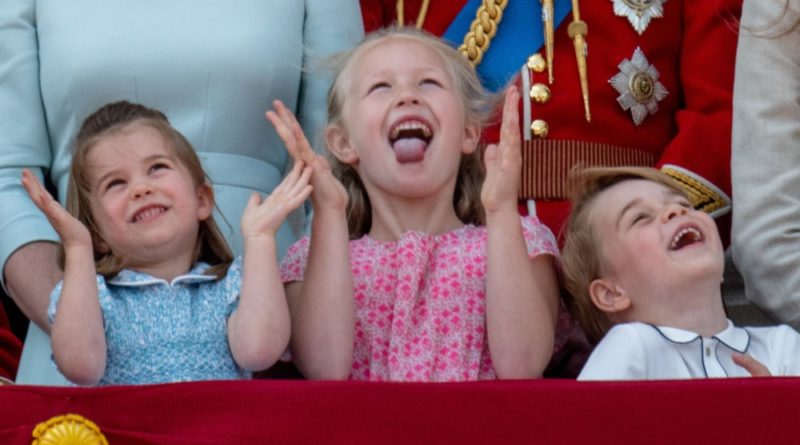 It’s not long to go until we see again our favorite Royal family on the balcony of Buckingham Palace. The family will join to celebrate Trooping the Colour.

Trooping the Colour is an event held in honor of Queen Elizabeth‘s birthday and it will take place on Saturday, June 8, this year.

And apparently, during the flypast, the little royals will receive a special treatment.

In a video taken during the 2016 Trooping the Colour, Prince Philip asked Queen Elizabeth why there was a stool on the balcony. “For George,” she answered.

Princess Charlotte also used the stool in 2017 and 2018. In a couple of years their brother Louis and cousin Archie will also be able to stand on one to get a better view.

A month ago, Prince Louis celebrated his first birthday, which means he’s around the same age as Charlotte was during her first Trooping the Colour appearance. So most likely we will see him this year.

Actually, Louis attended the celebrations even last year. However, he was was indoors being cared for by his nanny Maria Teresa Turrion Borrallo.

Prince George was a little older, almost 2, when he made his Trooping the Colour debut in 2015.

When it comes to Princess Charlotte, this year will mark Charlotte’s fourth time at the event.

Their mum Kate has never missed a single parade since she married Prince William in 2011.

It’s very likely that we’ll see Meghan again at this year’s Trooping the Colour. She made her first appearance last year. While baby Archie might not join his mom and dad at the event, Meghan could put in a special appearance, despite being on maternity leave.

How to watch Trooping the Colour

The ceremony will be broadcasted live by the BBC.

READ NEXT: Why We Won’t See The Duke And Duchess Of Cambridge This Week?