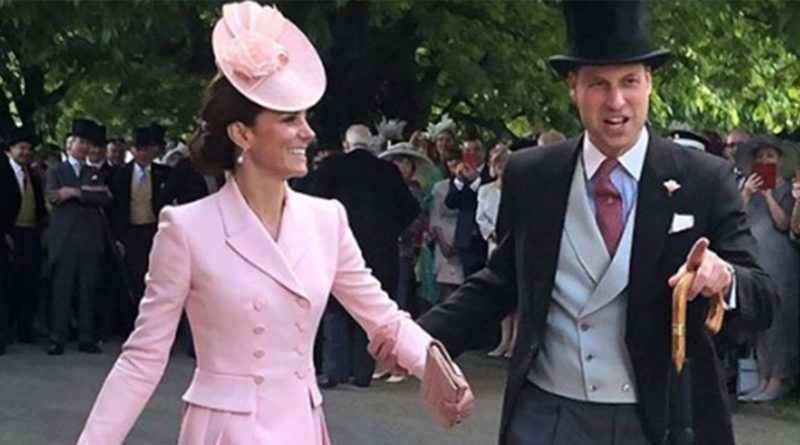 The Dancing Photo was taken by party guest Luc Stafford

The Duke and Duchess of Cambridge had quite the busy week, but that doesn’t mean they didn’t have fun. During the week they’ve attended a garden party at Buckingham Palace hosted by the Queen, where a guest snapped a photo of the couple dancing with joy. The royal couple could easily be mistaken for some characters in a musical doing a dance routine, as Prince William was dressed in a morning suit with a top hat and Kate, as stunning as ever, was in a pink Alexander McQueen dress.

The wonderful shot was taken by party guest Lucy Stafford, who shared the real story behind the photo. While speaking to HELLO!, she revealed: “As they were leaving the party, Kate was spending a lot of time talking to the guests and William had to hurry her along, which is the moment the photo was taken! I feel so fortunate to have attended the party and will definitely never forget it!”

Lucy got an invitation to the garden party after she founded the organization Hospital Love Bundles, which sends care packages to young adults who are often in and out of the hospital. Lucy also is campaigning for improved access to medical cannabis in the UK. She even got to meet the Queen at the party, and the two talked how a cricket ball almost killed the monarch in 1994.

Later on, she continued to a vegan and gluten-free (aka no-fun) afternoon tea in the palace grounds. “It was the loveliest day and we had the most delicious afternoon tea in the gardens,” said Lucy. “The royal family circulated the party and were so incredibly kind and genuine.”

The Duchess of Cambridge has previously opened up about walkabouts and how the royal family tease her. “There’s a real art to walkabouts,” Kate said in ITV documentary Our Queen at 90 in 2016. “Everybody teases me in the family that I spend far too long chatting. I still have to learn a little bit more, and to pick up a few more tips, I suppose.”

READ NEXT: The Cute Nickname William Uses For Daughter Charlotte