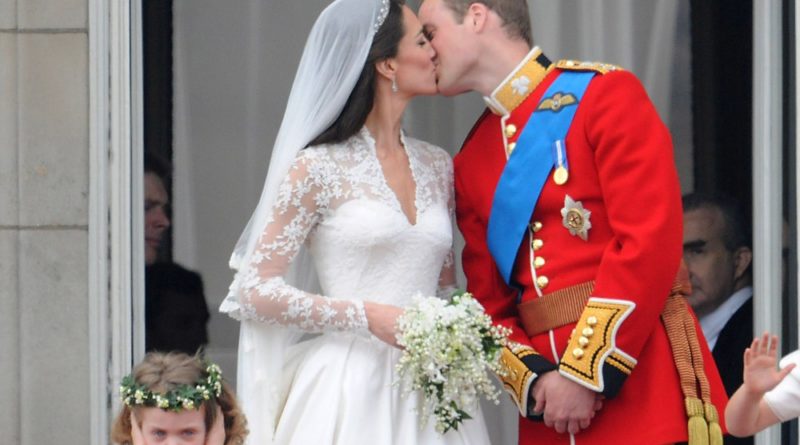 William and Kate celebrated their wedding anniversary a little more than a month ago.

The couple often send out cards to members of the public who send cards and presents for key moments in their lives. And so they did this time. They sent out thank you cards to those who congratulated them on their 7th wedding anniversary on 29 April. And their photo choice is really beautiful.

The card for their seventh wedding anniversary was revealed on Instagram account @royaladdicted2. And it has a photo of William and Kate’s 2016 tour of India and Bhutan.

The Duke and Duchess are posing in outdoor clothes. Kate is sporting tight jeans, knee high boots, a leather vest and a white short. And William, he wore khaki trousers, a blue shirt and walking boots.

The Sun’s Arthur Edwards took the photo of the royal couple.

According to Hello! Magazine, they used the same photo for their 2017 card. So, it must holds very happy memories for them.

The message in the card reads: “The Duke and Duchess of Cambridge thank you for the thoughtful message you so kindly sent on the occasion of their 7th Wedding Anniversary.

“It really was most thoughtful of you.

“Their Royal Highnesses send you their warmest thanks and very best wishes.”

For William and Kate’s seventh anniversary, Kensington Palace released an intimate, unseen photo of them.

Seven years ago today – thank you for all the lovely messages on The Duke and Duchess of Cambridge's wedding anniversary! ?PA

The adorable photo shows the happy couple on their wedding day driving down the Mall in William’s balloon-decorated, open-topped vintage car with the registration plate “JU5T WED”.

The official Instagram account added the caption: “Seven years ago today – thank you for all the lovely messages on The Duke and Duchess of Cambridge’s wedding anniversary!”

READ NEXT: Why Princess Charlotte Is Not Allowed To Sit At The Dinner Table With Her Parents During Royal Visits

Why Harry And Meghan Missed The Queen’s Diplomatic Reception