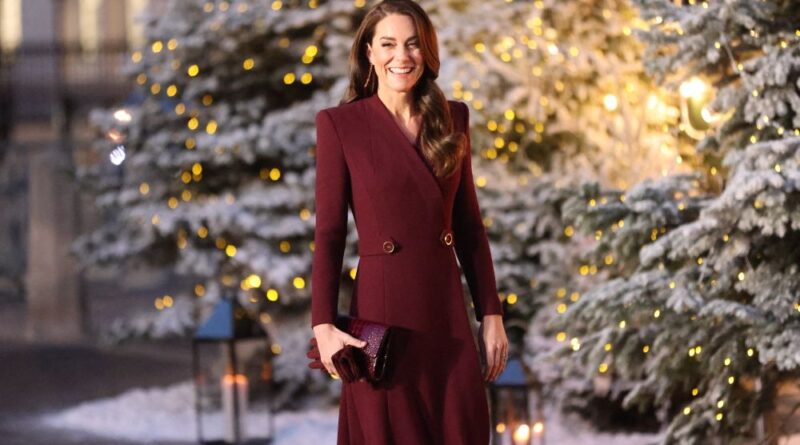 The royals have gathered at Westminster Abbey to show their support for Princess Catherine’s second annual Christmas Carol Service – which featured a tribute to the late Queen Elizabeth.

Before the hour-long service, which began at 5 PM, Westminster Abbey was swiftly and skillfully decorated with Christmas trees sourced from Windsor Great Park, a donation by His Majesty King Charles.

The trees were split up into two groups, those outside the Abbey decorated with fake snow and Christmas lights, and those inside the Abbey adorned with red bows and mini Paddington bears and Paddington bear baubles – acting as special additions in honour of Queen Elizabeth.

Queen Elizabeth II became linked to Paddington bear, a fictional talking bear long considered a British National treasure and originally from a children’s book published in 1958, during the Platinum Jubilee celebrations in June when the two appeared together in a short comedy video.

Following the unfortunate passing of Her Majesty in September, more than a thousand Paddington bears, along with hundreds of other teddy bears, were in left in tribute to her.

The bears were later gathered, professionally cleaned and delivered by Queen Consort Camilla to Barnardo’s, a children’s charity, during the “Teddy Bear’s Picnic” event for vulnerable children at the centre.

Camilla described finding new homes for the toy bears as “a pleasure”, and told to children to “please look after them carefully”.

When the Prince and Princess of Wales spoke to the volunteers and operational staff that had been involved in Queen Elizabeth’s funeral at an engagement in Windsor Guildhall, William revealed that he got “choked up” over the Paddington bear tributes. 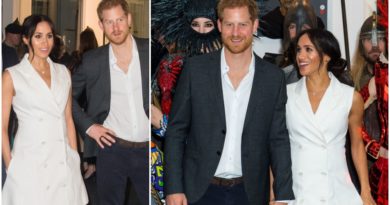 Why Meghan Often Keeps Her Hands In Her Pockets?