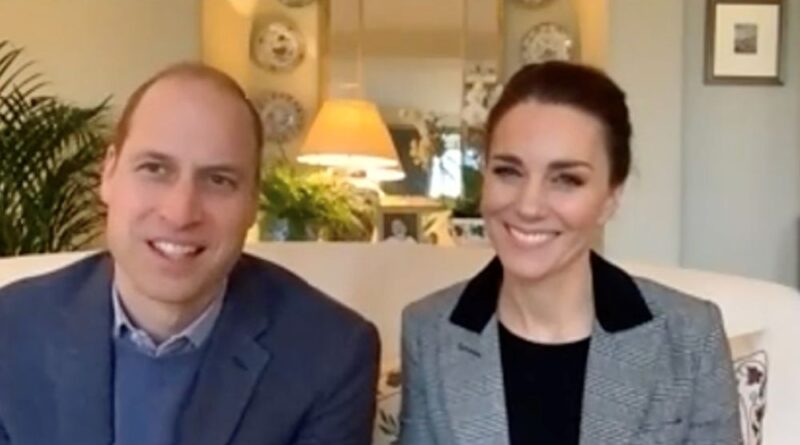 The last year has been the year of change and adaptation. Be it at home, at the workplace, or in any other part of life, people from all kinds of backgrounds had to adapt to the situation. One thing that has become a staple of our society lately has been video calls. With in-person not being an option, almost everyone has used some kind of video conference platform. At least once, in the last year. And Prince William and Kate Middleton are no different.

The whole video call thing has its tricks, one being the background you have during video calls. Be it minimalist, a custom background or just wherever you find yourself at the moment, it seems that this is an area that Prince William and Kate have nailed down perfectly.

The latest engagement for the Duke and Duchess of Cambridge was a video call with staff from Hospice UK’ Just “B” counselling and bereavement support line. A video of the engagement was shared by Kensington Palace, in which the royals thank everyone for working in healthcare for their sacrifice, as they have been the most important and vital service for people in need during these trying times.

“Bereavement is never easy, especially for frontline workers during these unprecedented times. It is so important to have services like Just ‘B’, who provide a listening ear for those coping with the loss of colleagues, loved ones, and people they care for,” the Palace shared in the caption.

Needless to say, the Instagram profile for the Palace was quickly overrun with likes and follows. But fans quickly noticed a sweet detail in the video. If you take a look at the background of the clip, presumably in Kate and William’s country home Anmer Hall in Norfolk, you should be able to work out a grand mantelpiece.

Besides the impressive plate collection, sitting front and centre is a photograph of Prince George. To be more accurate, the one they released on his sixth birthday in 2019.

And of course, they would have this photo here. The smiling young Prince in the grass at their country home has become a fan favorite photo as well. What makes it even more special is that the person behind the shot is none other than Kate herself.

At the moment, Prince William and Kate, along with their three children, George, Charlotte and Louis, are staying at their country home Anmer Hall, in Norfolk. They have remained there since the beginning of the festive season, spending Christmas there. And with the third lockdown currently underway, the family-of-five will surely stay there for quite a while more.