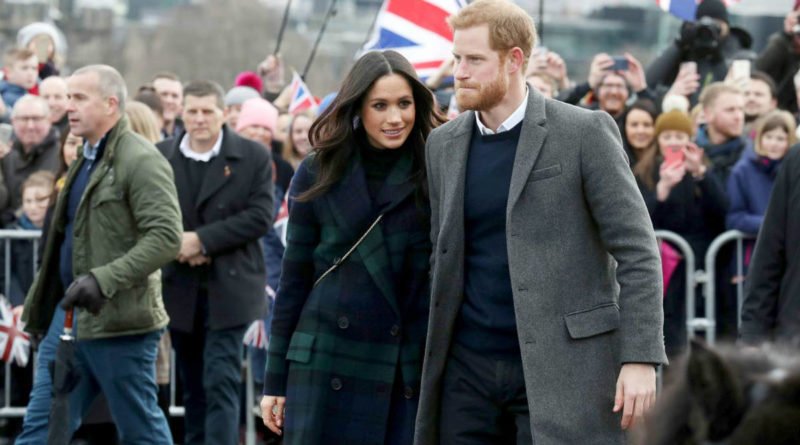 Prince Harry and Meghan Markle’s royal wedding will definitely be the event of the year. And of course, the highlight of the wedding will be the two-mile procession the couple has planned through the streets of Windsor so they can wave at well-wishers and give tens of thousands gatherers the thing that everyone has been waiting for.

After Ma 19, Mehan Markle will officially start a new life. A life of a royal. It will be glamorous with tiaras and everything. However, there is so much more to the life of a royal. And that means that sometimes it can be dangerous.

Dai Davies, former Head of Royal Protection and also a Chief Superintendent of the Metropolitan Police Service says: “History has a habit of repeating itself. In the last thousand years, there hasn’t been a King or Queen that someone hasn’t tried to murder.”

Not the most pleasant of thoughts. For the last royal wedding back in 2011, when Prince William and Kate Middleton tied the knot, 33 million dollars were spent only on keeping the couple safe, with snipers on rooftops, undercover police in the crowd, months of investigations by counter-terrorism officers and an extensive search for explosives in any possible hiding place, from lamp posts and traffic lights to sewer drains.

It was one of the most expensive security operations ever and it seems that it won’t be for long, as Harry and Meghan’s event on May 19 will likely top that.

Over the centuries the royal family has gotten used to being a target, but Harry and Meghan’s wedding presents a particularly scary opportunity as the couple has been getting unprecedented levels of fame and attention. Harry, Meghan, William, and Kate have been called the Fab four due to their popularity with the public as they are usually the frontline in the modernization of the establishment. But with increased popularity come increased danger.

And there’s another reality at play here. Prince Harry is particularly vulnerable because of his active military service in Afghanistan. Also, we can’t forget the letter and anthrax scare aimed at Meghan that happened not long ago. So as the wedding day is getting nearer, threats towards the couple should not be taken lightly. And also having in mind that so many heirs to the throne will attend it.

“Thousands of people will be working on keeping the family and their fans safe. “This is a time to be extremely prudent and sensible. Every precaution needs to be taken.

“Windsor is a much harder area to secure than London, which is so much better prepared. In Windsor, there are shops, buildings, houses, you name it and there is a history of people trying to get into Windsor Castle.

“The greatest risk comes from those people that we call ‘fixated’, i.e., mentally ill people, who could think, for whatever reason, that a white prince shouldn’t marry a black woman. Clearly, 99 percent of the population are deliriously happy about that but you could get a small right-wing fascist group who may object to it, so that adds to your problem. I don’t know how they are going to secure it [Windsor] to the level that I would want, but clearly, much wiser people are now doing the job and I’m sure they’ll come up with a plan.”

It’s been estimated that an amazing 40% of stalkers in the U.K. are fixated on members of the House of Windsor. “Royalty tends to attract people who have strange delusions and are mentally ill,” explains Dr. David James, a psychiatrist formerly with the Fixated Threat Assessment Centre (a group tasked with handling stalker situations for the royals and other high-profile targets in the U.K.). “Some people think they are related to them, others think they are already married to them or they may think the royal family is responsible for the strange implants in their head. At any one time, there can be hundreds of people obsessed with them. “There are databases of the people who have been aggressive in the past. Before the wedding, certain fixated people will be stopped from traveling to the area where the ceremony is taking place.”

Davies continued: “Most of these people are well known. But there is always the chance that someone unknown wakes up and suddenly says, ‘This is my moment. This is my destiny.'”

Details of the event are public for everyone to see, such as how Meghan and Harry will spend the day, the timing of their public carriage ride once they have said their vows have already been released so that fans and the media can prepare (many will camp out along the route to get a front-row view of the new Duke and Duchess of Sussex—the likely titles the couple will be gifted). “In my humble opinion, it’s better not to publicize exact routes,” Davies says. “It definitely adds to the pressures on the day. The more advanced notice you can give someone the more the potential risk and threat there will be.”

James, however, believes publicizing the route actually helps. “It means the security planning can be well prepared,” he tells E! News. “They can stop certain fixated people traveling to the area, anyone with an old grievance, who is mentally ill and who has shown signs. The security arrangements for Harry and Meghan will be honed by the experience gained from the last two big royal weddings [that of William and Kate in 2011 and Prince Charles and Camilla in Windsor in 2005]. “Preparations will include a detailed security plan. It will be comprehensive and involve the counter-terrorism unit, the police, psychologists, background checks and hardening of the route. We now have more sophisticated techniques for an old problem.”

“An appropriate policing plan will be put in place,” a Metropolitan Police spokesperson confirmed to E! News. No other details will be forthcoming, understandably.

Besides lonely individuals, terrorist groups are also a concern. Both the Princes have been getting such threats over the past year. The royal public is a symbolic target that would guarantee worldwide publicity. Even a false alarm will cause a huge disruption and ruin Meghan and Harry’s big day.

So far, all the measures being put in place seem to be working. Meghan already has 24-hour protection and, while the recent anthrax scare was unnerving, the response was quick considering the family receives around 10,000 correspondences every year.

“This case [against Meghan] is slightly different because it appears to have anti-women and racial undertones,” explains James. “This may just be a product of living in the same old world as before, it’s just there seems to be more nastiness because of the prevalence of social media. I imagine the investigation into the letter will be looking at individuals who have been known in the past.”

Protecting the royal family is no easy task, as it has been proven time and time again throughout the past.

Queen Victoria was subject to no less than five assassination attempts. And there have been countless others in modern history, too. In 1974, a young Princess Anne was the victim of a botched kidnap attempt after a gunman unsuccessfully ambushed her Rolls Royce. Police later found handcuffs and a ransom note in his possession. And in 1979, Prince Charles’ great-uncle and mentor, Lord Mountbatten, was assassinated when a bomb was attached to his fishing boat.

Come what may, Harry and Meghan will have a huge team working behind the scenes to ensure everyone’s safety this spring.

“What’s important…” says James, “…is that the security is unobtrusive so as not to detract from the celebratory nature of this occasion.”

“You can’t turn the palaces into prisons,” adds Davies.

“William and Harry have grown up with protection all their lives so they are used to this. And for Meghan, well, she has been going out with Harry for quite a while. She’s a very bright and intelligent lady so I have no doubt she is taking to all of this like a duck to water.”

SEE ALSO: Meghan Markle Will Have To Follow This Rule When Choosing Wedding Dress

Prince William Reveals How He Scared George, Charlotte And Louis 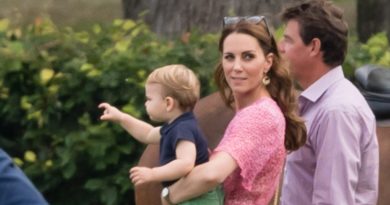 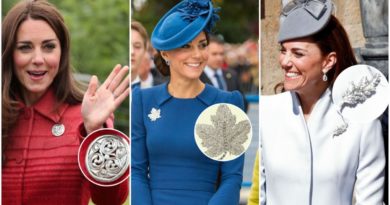 The Meanings Behind Each Of Kate Middleton’s Brooches