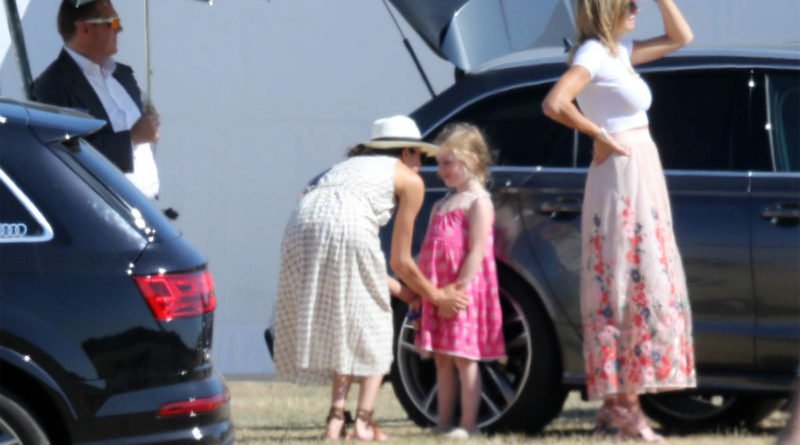 Meghan Markle has proved to be a “natural” with children after the Duchess of Sussex was seen having a heartwarming exchange with a little girl at this weekend’s polo.

The 36-year-old was photographed as she crouched down to put herself at the same height as a little girl and held her hands as they engaged in deep conversation.

This sweet exchange prompted royal fans to predict Meghan will be  “wonderful mother” to her future children after she was pictured having a deep conversation with the youngster, thought to be the daughter of Harry’s mentor Mark Dyer, Isabella.

Meghan looked dashing in a cotton gingham Ashland shirt dress, while she was in Ascot, Berkshire over the weekend. She was there to cheer on Prince Harry who was playing at the Audi Polo Cup on Saturday.

Meghan and Isabella’s heart-warming exchange was shared on Instagram royal account ‘@Meghanandherprince’ where fans gushed over how “gracious” the Duchess is with children.

One said: “I love how she is with children. They’ll make great parents.”

Another added: “I love how she is always bending down to meet the child’s eye level. Says a lot about her!”

One added:”Meghan will make a wonderful mother when the time comes.”

Another fan posted: “The princess will make a great mum.” Markle and her husband Prince Harry have already revealed that they already have plans for a royal baby “in the near future”.

Harry and Meghan revealed in a BBC interview following the announcement of their engagement last November revealed there are plans for a royal baby “in the near future”.

When asked Harry responded: “Not currently, no. No, of course, you know, I think one step at a time, and hopefully we’ll start a family in the near future.” In a recent interview, Meghan’s father Thomas Markle said he believed his daughter would be trying for a baby.

Mr. Markle told Good Morning Britain his daughter had wanted to become a mother “for a long time”.

He added: “Meghan has wanted children for a long time.

“When she met Harry she spoke about how much she loves him. There’s got to be a child in them.” 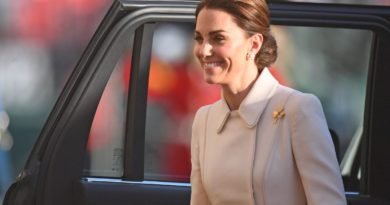 Why Kate Could Finally Ride Horse With William And The Children