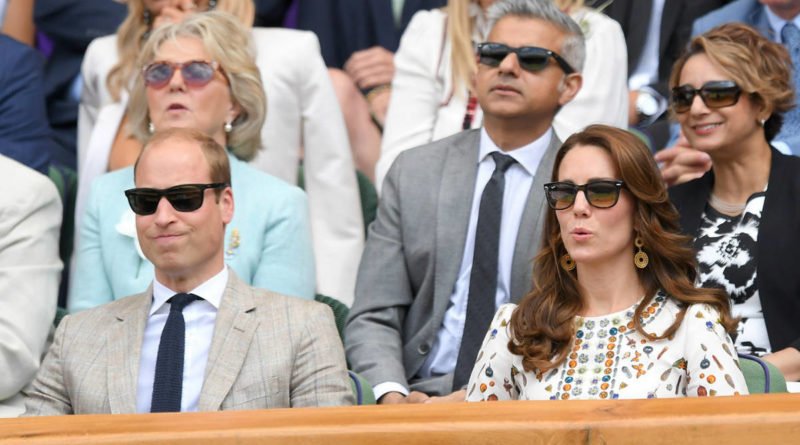 The Duchess of Cambridge will miss one very important match at Wimbledon this year. Kate, who is a hardcore tennis fan, often turns up at Andy Murray matches to show her support and even watched him play at the men’s final. Unfortunately for her, the former number 1 announced on Sunday evening that he has withdrawn from the tournament, also giving a reason for this, saying that he feels that it’s too soon to play five-set matches after his comeback from hip surgery. Andy, who has won the tournament twice, in 2013 and 2016, played at Queen’s last month after taking almost a year out of playing due to his injury. “It is with a heavy heart that I’m announcing that I’ll be withdrawing from Wimbledon this year,” the 31-year-old sportsman said in a statement. “We’ve decided that playing best-of-five-set matches might be a bit too soon in the recovery process. I will start practicing on the hard courts from tomorrow and continuing with my rehab and recovery and I’m looking forward to the US hard-court season.”

Last year marked the first appearance of Duchess Of Cambridge at Wimbledon as a patron of the All England Lawn Tennis and Croquet Club- a patronage that she took over from the Queen in 2016. The-36-year-old is often seen in the royal box of the tournament. She usually attends at least one day of the summer tournament, and along with Prince William, is often a guest of honor at the men’s singles final match. She will no doubt be rooting for her family friend Roger Federer in this year’s championship. The the-36-year-old player was even a guest at Kate’s sister Pippa Middleton’s wedding in May 2017. Duchess Of Cambridge has previously revealed that her mother, Carole Middleton, has a secret crush on tennis star Roger. Appearing in the BBC documentary, Sue Barker: Our Wimbledon last year, the mum-of-three opened up about her love of tennis. “I have watched Wimbledon, that was very much part of my growing up. It’s such a quintessential part of the English summer, and I think it really inspires youngsters, myself, it inspired me when I was younger to get involved in the game. It hasn’t changed either, I think that’s what’s so wonderful,” she said. “Roger [Federer] is my mother’s heartthrob. I don’t think she will mind me saying that! I think he probably knows that too.” In 2013, she wasn’t able to attend the men’s singles final due to being pregnant with Prince George. She asked her doctor if she could go but he told her “definitely not”. “I was very heavily pregnant with George so I wasn’t able to turn up,” said Kate. “I wrote to [Andy Murray] afterward saying sorry for not being there but huge congratulations.”