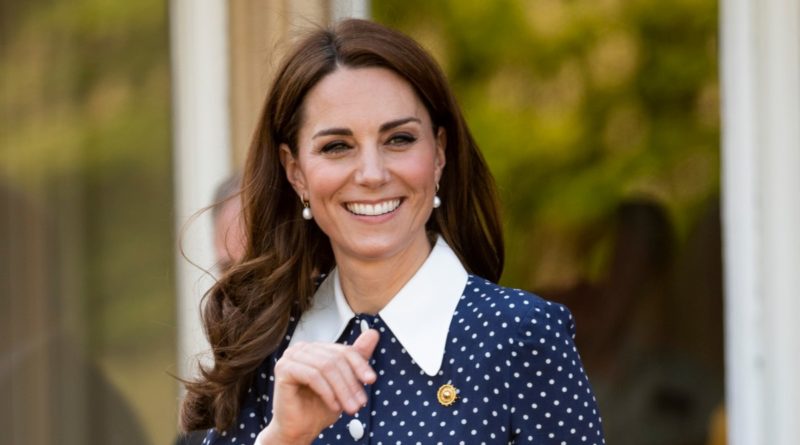 After taking some week off royal duties, while George and Charlotte had a half-term break from school, the Duchess of Cambridge is going back to work.

On Friday, Kensington Palace announced Kate’s next engagement. On 15 November, the Duchess will visit East Anglia’s Children’s Hospices’ (EACH) new centre The Nook. She will join children and families for a reception and unveil a plaque to officially open the new building in Framingham Earl, Norfolk.

EACH also announced Kate’s engagement on their official Twitter account. It reads: “We are thrilled to announce that our Royal Patron, HRH The Duchess of Cambridge, will officially open The Nook on Friday, 15 November.

“The Duchess’s visit will come almost five years to the day since she attended the launch of our public fundraising appeal at Norfolk Showground and exactly two years since spades first went in the ground at our site in Framingham Earl.”

East Anglian Children’s Hospices, is one of Kate’s first patronages after she became a member of the Royal family. The new object is situated in South Norfolk, following a £10m fundraising campaign.

Back in 2014, Kate visited the hospice and helped to launch The Nook Appeal to raise funds for a new state-of-the-art children’s hospice to replace their old facility at Quidenham.

His engagement is only the beginning of many more. Although the Palace still hasn’t officially announced, it is expected that Kate will attend engagements with the royal family to mark Remembrance Day.

Last year, Kate alongside William attended the Festival of Remembrance at the Royal Albert Hall, the Remembrance Sunday service at the Cenotaph and an evening service at Westminster Abbey to mark the Centenary of the end of the First World War.

It is thought that the Cambridge family enjoyed a week off at Anmer Hall in Norfolk – which is Kate and William’s country home. Kate was noticed shopping for groceries with her children in Sainsbury’s, Norfolk.

A customer who was in the store at the same time, Kathy Whittaker, was shocked when she saw a royal just casually checking out the Halloween outfits all the while a six-foot bodyguard was always close by.

“I didn’t see what she actually bought. The lady that told me she was there had children with her and she said Kate was asking her children what they were going to be for Halloween.

READ NEXT: William And Kate Share A Sad Message Following A Tragic News

Will Prince Harry Inspire Meghan To Be Like Princess Diana?

Meghan And Harry Run Into Some Problems While Landing In Australia