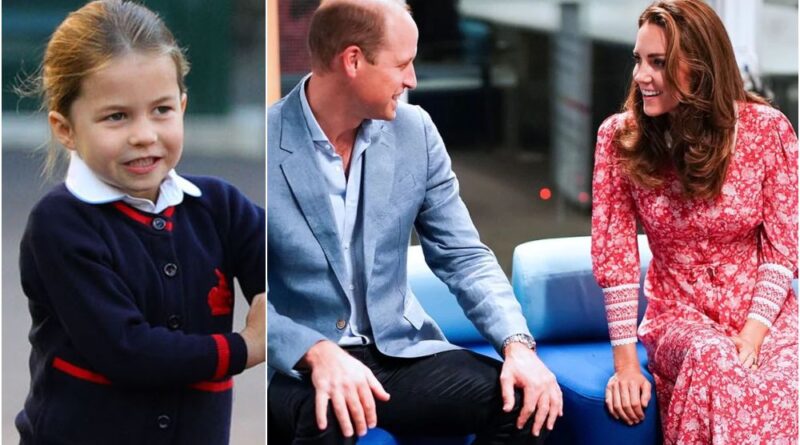 Kate scolded her husband, Prince William, for forgetting Princess Charlotte when he was talking about their children’s love for DIY as the two attended a series of royal engagements in London.

On Tuesday, the Duke and Duchess of Cambridge completed a number of engagements in London. The two royals made a visit to London Bridge JobCentre, talking to employers about helping people find jobs during the on-going health crisis.

There they talked with engagement manager for Keltbray, Lloyd Graham, who told them how the construction company is involved in the demolition of some local buildings for the redevelopment of the Elephant and Castle area.

William said: “The children, especially Louis would love to come and watch that, to see the diggers, they love it.”

But Kate added: “Don’t forget Charlotte! She’d love it too.”

Sandra McNamera, HR business partner at Leyland, told the couple how the DIY firm has been recruiting and that the industry has been performing very well during the lockdown.

William joked: “In terms of DIY, men think they can do everything when it comes to DIY. I think that’s why everything falls apart.

“Do you think in the UK, in terms of skill sets, do we sell ourselves well enough in Britain?”

Ms McNamera replied: “I think we need to be better at it.”

William and Kate also met with customers who are now out of a job due to the virus outbreak and lockdown, as well as others that have recently found employment.

Afef Ben Khaled, who lost her job in a commercial bank in May when her contract wasn’t renewed, said after the visit: “For me, it’s so important that the Duke and Duchess come and hear about what is going and hear what is happening in their country.

“People are going through difficulties. It was important to be frank and tell them life is not great for everyone.

“We’re not all living in castles, some people are really struggling, with their mental health too.”

After this engagement the two royals headed off to East London Mosque and London Muslim Centre in Shadwell.

During their visit the spoke with volunteers who delivered food and medication to vulnerable members of the community during the on-going crisis.

They also got the chance to meet and talk with those who benefit from the support-a project which has received financial help from the National Emergencies Trust, which has Prince William as their patron.

The mosque’s senior imam Mohamed Mahoud brought up the issue of mental health with the royals.

He said later: “I highlighted the issue of people increasingly needing support with their mental health – the Muslim community as well as the rest of the UK, who have been horrifically affected by the pandemic in terms of losing jobs and livelihoods.”

For their final engagement, the Cambridge duo went to Beigel Bake in Brick Lane. The two royals got their hands dirty by making bagels at the 24-hour bakery, which was forced to reduce its opening hours during the virus outbreak.

They listened to the employees as they explained how this has affected them and how the eatery helped the local community through food donations and deliveries.

Fiona McVeagh, who has been working for the bakery for 33 years, said: “They are pretty good, especially her – she clearly knows how to bake.”

Both Prince William and Kate looked great for their busy day. Kate went with a red dress combined with a pair of tan heels. She finished off the look with the mandatory floral mask, with her brunette hair in loose curls. William looked quite comfortable in a blazer, white shirt, chinos, brown suede shoes and blue face covering.

The Cambridges had been staying at their country home Anmer Hall in Norfolk during the lockdown. They have been spending their time doing virtual engagements or homeschooling their three children, George, Charlotte and Louis. The two returned to their royal duties as soon as the restrictions eased.

READ NEXT: Duchess Kate Spotted On A Sweet Outing With Prince Louis

Is Prince William ‘Furious’ With Meghan Markle Because Of This? 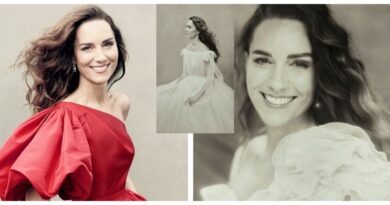