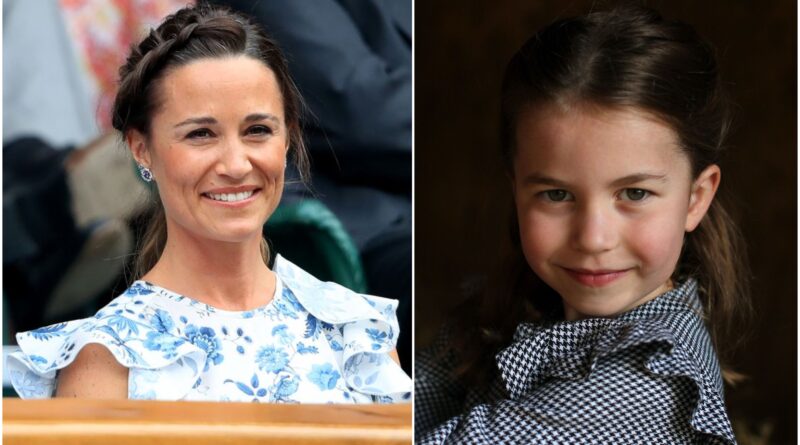 The Duchess of Cambridge and Pippa Middleton have always shared a special bond as sisters. They are so close it seems that Pippa also inspired Kate to name her daughter Charlotte.

Despite her name pays tribute to grandpa Charles, Charlotte is also Pippa’s middle name. Therefore, the royal moniker may be a nod to Kate Middleton’s younger sister.

Her middle names are those of both her great-grandmother Her Majesty The Queen and her late grandmother, Princess Diana.

One year after Prince William and Kate welcomed their daughter, Pippa became engaged to James Matthews. They married in Berkshire in May 2017. Prince George and Princess Charlotte stole the show in their roles as pageboy and flower girl.

Back in 2014, Pippa spoke about the Middleton family: “We can be normal with each other and that’s kept us all affixed to the ground.”

“We have a very normal sisterly relationship,” she said about her and Kate.

“We’re very close and we support each other and get each other’s opinions.”

The young Princess has recently made news for her love of being a princess. According to Us Weekly, a source revealed: “Charlotte knows she’s a princess and already has a toy tiara, which she loves wearing”.

“She feels so grown up now that she’s five. She likes to pick out her own outfits with Kate’s help, and if she doesn’t like a dress she’s wearing, she makes her feelings known. She doesn’t feel intimidated in front of crowds of people unlike most kids her age.”

So, it appears as little Charlotte is aware of her princess status, despite her parents trying to provide her and her two brothers with an as normal as possible life.

READ NEXT: This Is Why Kate Scolded Prince William Over Princess Charlotte