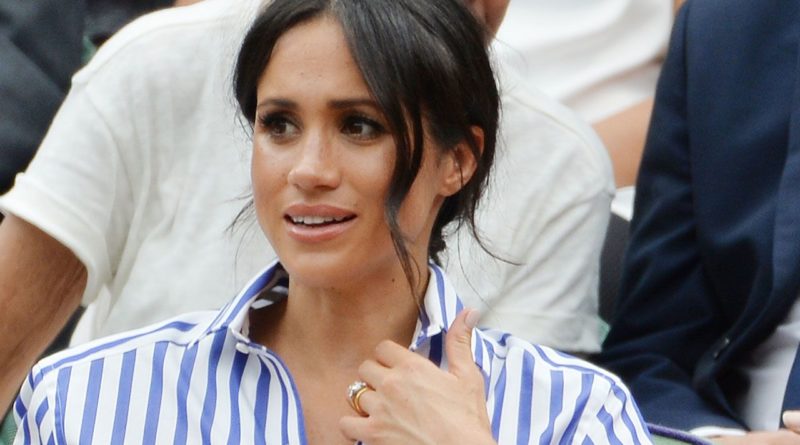 On September 25, ITV will air a personal look at the royal family in its upcoming, two-part documentary Queen of the World.

The documentary shows how the Queen is passing on her duties to the younger royals. It will also feature Meghan’s first interview as a royal.

The network has released a teaser unveiling the heartwarming moment the Duchess of Sussex is reunited with her wedding gown.

Her Givenchy gown and veil were being prepared on display for a new palace exhibition.

“Three countries. Oh my goodness. It will keep us busy,” Meghan said.

In Queen of the World, Meghan is talking about the importance of the Commonwealth. Her stunning silk tulle wedding veil will be shown in the film, which featured a flower from all 53 Commonwealth countries

The series will also offer a unique look into the Queen’s early days as the Head of the Commonwealth, using footage from Her Majesty’s private archives and the Royal Collection’s treasures. The documentary was filmed over more than a year. You will also have a chance to see Prince Charles, Prince William, and Kate.

It includes the moment Harry joked that he panics when he stumbles upon Grandma Elizabeth too. Harry meets some hospitality professionals visiting the palace from the Caribbean. And he says: “You guys have spent way more time in Buckingham Palace than I ever have – and you’ve only been here two weeks.

“Have you bumped into the Queen yet? If you suddenly bump into her in the corridor, don’t panic. I know you will. We all do!”

Queen of the World airs on Tuesday 25 September 9.15pm on ITV.

READ NEXT: Harry Said The Funniest Thing About Bumping Into Grandma Elizabeth

The Sweetest Quotes William And Kate Have Said About Each Other