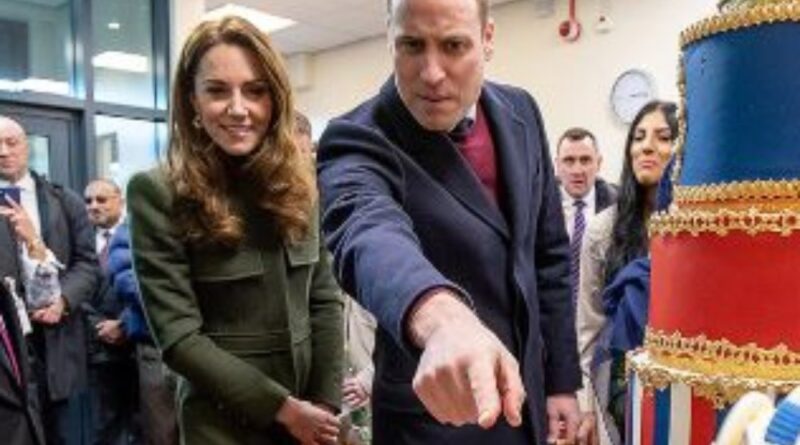 Prince William and Kate Middleton were treated to an elaborate red, white and blue cake surrounded by cupcakes, each with photos of them on it.

On Wednesday the Duke and Duchess of Cambridge made a visit to Bradford, where they stopped by at the Khidmat Centre-where a very special dessert display was waiting for them. The royal couple were impressed by the elaborate red, white and blue cake surrounded by cupcakes, each of which featured photos of Kate and William.

The creator of the cake explained how each picture of the two royals was from a different moment in their lives, beginning from their childhood, up to when they became parents themselves.

While inspecting the cakes, William was a bit stumped whether it was him on the cake or his daughter Princess Charlotte. “Is that me?” -William asked-“Because that looks just like Charlotte. That is incredible.”

Kate was in agreement: “It looks so much like Charlotte.”

The baked goods were really works of art, with the photo frames actually being edible, peeking Kate interest at how long this baking job took.

Both royals got time to meet and chat with the people gathered there, with Kate bonding with 18-month-old Sorayah Ahmad, who was part of a grandparents-and-babies group.

“ Sorayah was the star of the show,” proud grandmother Maryiam Ahmad tells reveals. “She was dancing and they were singing nursery rhymes. Kate got hold of her and was joining in. I’m totally overwhelmed. She was holding her and they were doing the dancing. Kate is really lovely.”

Kate was as fashionable as ever at the event, wearing a dress by Zara and a long green coat by Alexander McQueen — her wedding dress designer. She accentuated her signature bouncy blowout with earrings by Zeen, which she wore during the couple’s tour of Pakistan in the fall.

Fans present said that despite all that was happening in the royal family at the moment, Kate and Prince William “looked really happy.”

Rukhsar Parveebn, 20, a politics student from Leeds, says that there was no hint from a couple of the internal turmoil of recent days. “[William] didn’t let it show that the drama had been going on,” she tells-“I love the royal family and I was really impressed with him.”

Dawn Eaton, 55, from Huddersfield, who was also present, said that William “seemed okay” despite the upheavals of the week. Dawn is a long-time royal fan, with her actually attending Princess Diana’s funeral 22 years ago.

Adds her friend Julie Astbury, 52: “He has got to carry on, business as usual. His mother was always my favourite and we have gone on to William and Harry and their children. It’s sad. But we don’t know what goes on behind closed doors.”

READ NEXT: Kate Revealed Prince Louis Is Proud Of This New Milestone 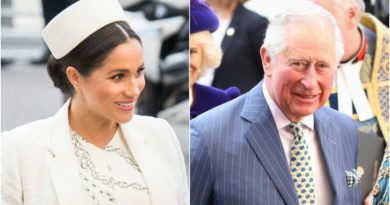 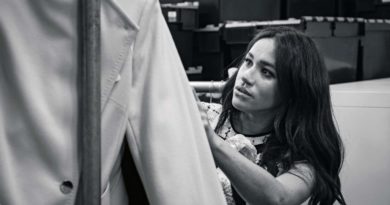