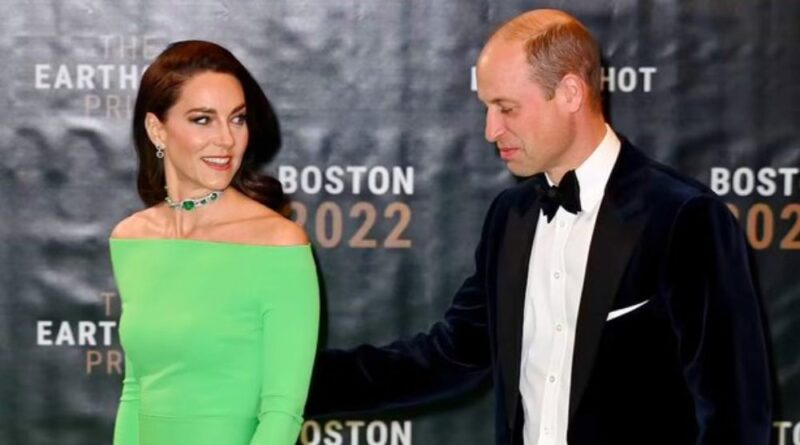 Prince William and Kate Middleton have just wrapped up their three-day visit of Boston, with the two attending the 2022 Earthshot Awards Prize ceremony on Friday.

During the event the Prince and Princess of Wales were caught on camera almost holding hands, which is quite unusual for the royal pair. As the two arrived at the Boston venue it looked like William stretched out his arm to direct Kate and the pair reached towards each other as if they were going to hold hands.

The future monarch then dropped his arm, with Kate being a beat too late, keeping her hand palm up.

Both of the royals looked as elegant as ever for the event, with Prince William wearing a classy black tuxedo, while Princess Kate wore a Solace London gown from the rental platform HURR.

After 12 years of marriage and three children, Kate and William looked as in love as ever. Although moments of personal affection are not out-right banned by royal protocol, it is almost as an unwritten professional rule. But that doesn’t mean that the Prince and Princess have always stuck to it, as they have occasionally showed displays of public affection, usually during lighter moments.

Emily Nash, royal correspondent for HELLO! Magazine, had this to say: “The Duke and Duchess are almost always seen in photographs taken during official engagements so they are at ‘work’ and it would be unprofessional to hold hands.

“They also need to shake hands with a huge number of people as they meet so aside from being on duty, it wouldn’t be very practical! We know they are very affectionate and that sometimes comes across during more light-hearted moments, at sporting events or similar, but you wouldn’t expect them to put that on show while in more formal situations.”

In comparison, Prince Harry, William’s younger brother, and his wife Meghan are often seen holding hands, even during official engagements while they were members of the Royal Household.

READ NEXT: Prince William And Kate React To The New Harry And Meghan Documentary

This Is How Prince William And Kate Might Celebrate Wedding Anniversary