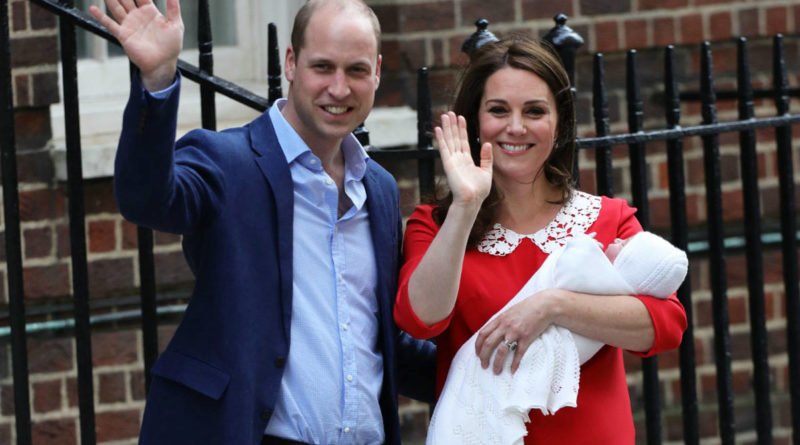 Once Prince William and Kate showed on the steps of the Lindo Wing, they made a joke about ‘having their hands full’ while introducing their second son to the world.

However, we couldn’t exactly hear what the couple told each other as they posed. Mirror had an interview with a lip reader. So, he revealed what according to him Duchess of Cambridge and William said

William and Duchess of Cambridge emerged from the hospital 7 hours after the birth of their third child. The photocall was short. Apparently, mum Kate was seemingly concerned about her baby son getting cold.

Dad William was looking proud standing by his wife and his son, as they gave the world its first look at the new baby.

Prince William started the conversation asking Kate: ‘Are you OK with him?’

As the posed for photographs, William and Kate seemingly scanned the crowd for someone.

Then William said: ‘Look, there he is. Over there,’ as they began to wave to the left.

Kate: Let’s just wave over there. [They wave to the right].

When the couple headed to the car the crowd was asking for the name of the baby. ‘You’ll find out soon!’ Prince William revealed with a wave. And he made a joke that now they will have ‘Thrice worry!’

The royal baby, Prince William, and  Duchess of Cambridge’s third child was born on St George’s Day at 11.01am.

Duchess of Cambridge was admitted, in the “early stages” of labor with royal baby number three around 6 am.

The Duchess of Cambridge has given birth to, a boy weighing 8 pounds, 7 ounces which makes him the heaviest baby born to an heir in over 100 years. Kate and William’s second son is now fifth in line to the throne.

He was born on St George’s Day and is the Queen’s sixth great-grandchild.

READ NEXT: Have William And Kate Dropped A Hint About Their Baby Boy Name? 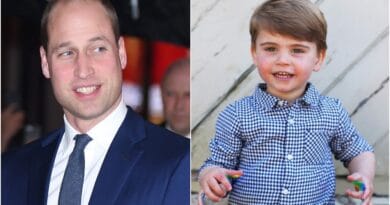 Prince Louis Takes After Prince William In This Way