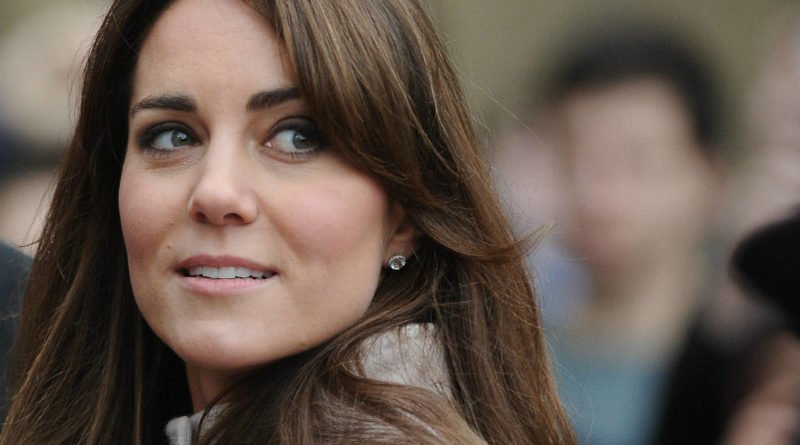 Not long ago, Kate Middleton joked that Prince William is not ready for their third baby.   She slipped out that he was “in denial.” However, Kate Middleton is planning the arrival of George’s and Charlotte’s sibling.

Talking about Kate Middleton’s third childbirth, she is only weeks apart from her due date. So, she decided to have her third baby at the Lindo Wing at St. Mary’s Paddington. Prince George and Princess Charlotte were born at the same hospital.

Even though there was speculation that Kate Middleton plans to have a home birth, she chose a hospital delivery. We still don’t know the exact due date. But it recently there was reports that it is April 23 date, which happens to be St. George’s Day.

About Prince George’s and Princess Charlotte’s births, obstetrician Guy Thorpe-Beeston helped Kate to deliver. And we know that she will be under his care again for the third baby.

“She has decided that she will be having the baby at the Lindo Wing. The room is all booked, the team is ready and everyone is just waiting for the baby to come. They have had two very positive experiences at the Lindo Wing so it’s the No. 1 choice. She knows the team and she feels like she’s in very safe hands,” according to an insider. According to insiders the William and Kate’s staff have been overseeing a redesign of the nursery at Kensington Palace to accommodate their third baby. And apparently, even the couple still don’t know the gender of their third baby. But, the bets are that she is having a girl, having in mind how high Kate is carrying.

As we are moving closer to Kate’s due date, it has been said that Meghan Markle will replace her at an event this spring, before her and Harry’s wedding in May. Prince Harry is filling in for Prince William too.

They’re reportedly going to stepping in for the Duke and Duchess of Cambridge at the Commonwealth Heads of Government Meeting (CHOGM).

READ NEXT: 5 Weird Rules Middleton Kate Has To Follow When Giving Birth To Third Child