What will Meghan Markle be up to after her big day?

With her wrapping up with her character in the show Suits-in the finale we saw her character tie the knot with a fellow lawyer-and now, she is preparing for wedding number two(let’s hope this one works).

But what exactly will be her dos and don’t as she officially becomes a part of the royal family? What after she walks down the aisle?

We are all aware that she will no longer work as an actress-this was one of the first things she announced after their engagement-but this is just one thing that she will change as she enters the life of a royal, and there are much more. When it comes to jobs in the royal family, they have strong ties with the military as all three sons of the Queen -and both of her grandchildren, Prince William and Prince Harry-have served in the Armed Forces.

But it is not uncommon for someone to get into an area of work unrelated to the military, such as the cases of Princess Beatrice and Princess Eugenie.

According to the Duke of York’s website, Princess Beatrice “works full time in business” while her younger sister Princess Eugenie works in the “art world”.

Alongside all the royal engagements she will be taking part in, one thing we are certain she will have her input is her and her husband’s new role as Commonwealth Youth Ambassador. This is a role that was personally bestowed on Harry by the Queen.

Earlier this year, the 36-year-old closed her lifestyle blog The Tig-which she rand for three full years- and it is also reported that she has shut down all of her social media accounts.

A former UN women’s advocate for political participation and leadership, Markle has said she does not see the end of her acting career as giving it up but merely the start of a “new chapter”. Good for her.

At the Commonwealth Youth Forum earlier this month, the couple said they would put gay right(out of all things), with Markle going as far as saying that the LGBT issues were about “basic human right.” Which is true.

She would definitely fit with all the other complaining Millennials, as she has previous experience with being an “activist”.

The charity will also play a big role in Meghan’s new life as a royal, with her husband already being part of tons of good causes.

Earlier this month the couple released a list of seven charities – none of which they are linked to in a formal capacity – to which guests and wellwishers are encouraged to donate in lieu of giving wedding gifts.

Royal biographer Penny Junor said she hoped Markle was prepared for a new life less focused on her career. “It looks as though she has absolutely taken it in her stride and as though people really like her,” she told i. “It’s early days but I just hope that she has thought long and hard about what she was giving up in terms of her career and free time.”

She already has experience being in the public eye, being an accomplished actress well before all these royal shenanigans. But she added: “Her level of stardom now is way higher which has its advantages but also has its disadvantages. “She’s a great thing for the royal family. The fact that she’s mixed race, from a broken home, divorced and a career woman – all of these things make her much more in tune with society in Britain today than some daughter of an aristocrat. “People can relate to her and I think that’s really important that we have a royal family that people can relate to.”

SEE ALSO: This Will Be Meghan Markle’s Last Name Once She And Prince Harry Marry 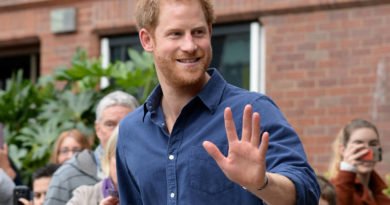