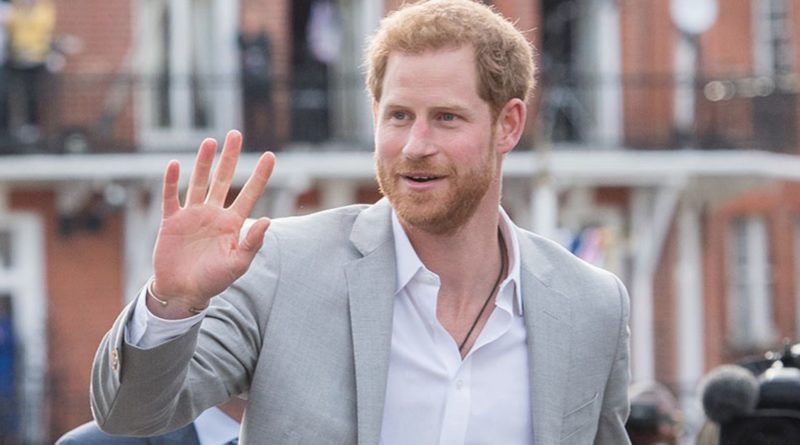 But there’s a beautiful reason. Harry and other guests joined to celebrate the achievements of a friend who completed an epic fundraising bike ride on Tuesday.

The event took place at Wheels Down Ball to mark Dean Stott’s grueling 13,670-mile cycle trip. He cycled from the tip of South America to the most northerly part of North America. However, the celebration fell on the same night Columbia vs. England match, in the knock-out stages of the World Cup, which are taking place in Russia. Before the party that was staged, Harry, and the other guests had dinner at the London Hilton hotel on Park Lane.

After being inspired by his friend Harry, Stott took up the challenge in a bid to raise money for the eight mental health charities supported by Heads Together, a partnership founded by the Duke of Sussex and his brother, the Duke of Cambridge.

Stott raised just over £500,000 for the prince’s mental health campaign, which has been trying to encourage the nation to talk about its psychological problems. Stott previously said: “For me, when I had my injury, I was in quite a dark place, I was snappy and moody, but when I then got into cycling I found an activity and the link that physical activity helps your mental state.

“I and Harry do stuff with other military charities, so when I told him about what I was doing, this was in April 2016 when Heads Together was in its infancy, he said would I mind doing it for this campaign and I said ‘no, it’s the perfect fit’.”

Dean and Harry have known each other for more than ten years. They met during military training. Dean was among the other guests at Harry and Meghan’s wedding in May.

Meanwhile, Prince William took to Twitter to congratulate the England team for their success, just moments after the big football match.

I couldn’t be prouder of @england – a victory in a penalty shootout! You have well and truly earned your place in the final eight of the #worldcup and you should know the whole country is right behind you for Saturday! Come on England! W

He wrote: “I couldn’t be prouder of @england – a victory in a penalty shootout! You have well and truly earned your place in the final eight of the #worldcup and you should know the whole country is right behind you for Saturday! Come on England! W.”

England’s next game is on Saturday, against Sweden, in the World Cup quarter-finals.

SEE ALSO: What’s Like To Have Lunch With The Duchess Of Sussex? Bryony Gordon Reveals