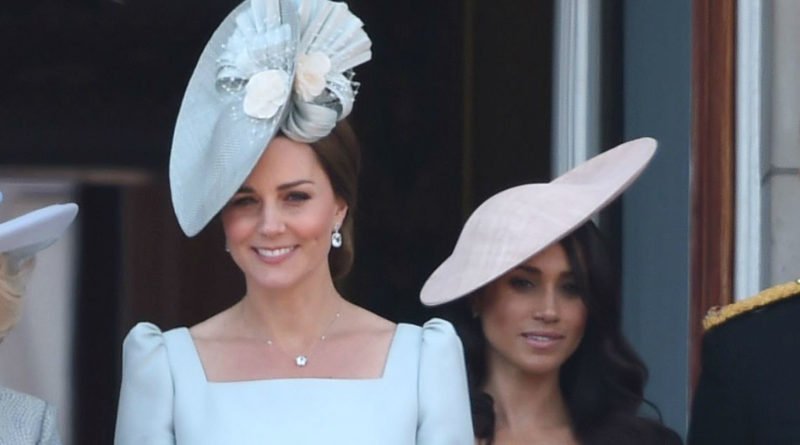 Today on the thing we somehow call news we discover which particular fashion items Meghan and Kate cannot wear around Her Majesty. We already know that the Queen has a pet peeve for a certain accessory which is often seen being worn by the Duchess of Cambridge, but what other likes and dislikes does the Queen have?

Her Majesty the Queen dislikes wedge shoes, and that is the reason why Kate and Meghan are not seen wearing them in public.

A source told Vanity Fair: “The Queen isn’t a fan of wedged shoes. She really doesn’t like them it’s well known among the women in the family. Both Duchesses don’t wear wedge shoes in front of the Queen, although Kate has been known to wear them on official engagements without the Queen present.

According to Vanity Fair, she has never worn them in front of her husband’s grandmother, as she knows of Her Majesty’s dislike for them.

Meghan hasn’t been seen in wedges since joining the Royal family in May 2018.

She probably will stick to the rule and avoid stepping out in the platform shoe when the Queen is around.

Another fashion rule that the duchesses have to follow is that they must be wearing nude tights to Buckingham Palace garden parties.

Which explains why for her first public appearance, Meghan chose a pair of tights.

However, she didn’t stick to tights for long, as for her engagement announcement she ditched the tights and instead went bare-legged in front of the cameras.

The Duchess of Sussex has broken royal protocol tons of times since then, and one such example is by appearing to reach for Prince Harry’s hand at the Young Leaders Reception.

Which is a precedent set by the Queen as she rarely holds hands with her husband in public, which has set an unwritten precedent for the other Royals?

Myke Meier, a royal etiquette expert who was trained by a former member of the Queen’s household royal life, says that the actress will have to go through hours of learning about British etiquette.

Ms. Meier exclusively told Express.co.uk: “At this stage, Meghan has been taught a wide spectrum of British etiquette and protocol – everything from dining and afternoon tea to social etiquette (from how to hold a handbag and sit correctly to how to meet and greet properly in the UK) will have been covered.

The British-American etiquette expert coined the terms the Duchess slant and the Cambridge cross which are used to describe the way royals often sit in a formal manner.

The Duchess slant is when the knees and ankles touch and legs are slanted to the side.

“This is the best way to protect modesty, especially if you’re wearing a dress or skirt, as when the legs slant, cameras are unable to catch any revealing angles,” Ms. Meier said.

SEE ALSO: When Will We See Kate Middleton Don The Dazzling Tiara Next?