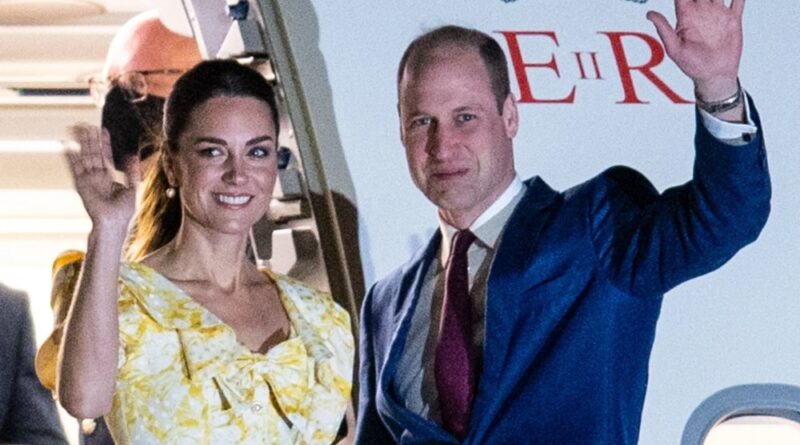 When it comes to Mother’s Day, Kate Middleton prefers to spend it in private with her husband Prince William and their three children, Prince George, Princess Charlotte and Prince Louis. Fans are usually treated to some photographs shared on the Cambridges’ official social media accounts as a way of marking the day, but it seems that this year’s is a bit different.

If you had been expecting some cute post or sweet photograph, you might be feeling a bit disappointed as no such post has been made on any of their official social media accounts so far.

This comes after a busy eight-day royal tour of the Caribbean in honor of the Queen’s Platinum Jubilee, with the royal couple visiting Belize, Jamaica and the Bahamas during their trip. On early Sunday morning, they were reunited with their children as they arrived back in the UK.

After that kind of albeit fun but ultimately exhausting trip, it is perfectly normal for the two royals to enjoy some downtime with their children, seeing as all three are currently are on Easter break from school, so it is very likely that they decided to spend this Mother’s Day in private, rather than broadcast and share any activities they have been up to on their social media accounts.

Their last post was on Sunday and was dedicated to the tour they just finished, sharing Prince William’s important remarks about how the future of Belize, Jamaica and the Bahamas is an issue for their people to decide on-and not the British monarchy’s. The second in line emphasized how he and Kate are dedicated to serving the Commonwealth, whose head is his grandmother the Queen.

William’s post, in part, read: “I know that this tour has brought into even sharper focus questions about the past and the future…

“Catherine and I are committed to service. For us, that’s not telling people what to do. It is about serving and supporting them in whatever way they think best, by using the platform we are lucky to have. It is why tours such as this reaffirm our desire to serve the people of the Commonwealth and to listen to communities around the world.

“Who the Commonwealth chooses to lead its family in the future isn’t what is on my mind. What matters to us is the potential the Commonwealth family has to create a better future for the people who form it, and our commitment to serve and support as best we can.”

In the past, the Duke and Duchess of Cambridge have taken to social media to wish their followers a happy Mother’s Day, as well as sharing a glimpse into how their at-home celebrations went. Last year Kate was surprised with homemade cakes by her children. The palace posted a photograph of the Victoria Sponge cake that George, Charlotte and Louis, all took part in making, baking, and most importantly-decorating with all kinds of colorful heart-shaped pipe cleaners, sprinkles and rich buttercream icing.

The three also wrote personal letters to their late grandmother, Princess Diana, making sure to also remember her on Mother’s Day.

With their parents back from tour, we have no doubt that George, Charlotte and Louis are excited as ever as the Easter holidays break has started for all of them. They won’t be returning to school until the end of April so it is very likely that the whole family of five will be spending some time at their country home, Anmer Hall, in Norfolk, like they usually do for school term breaks.

William and Kate are expected to attend Prince Philip’s service of thanksgiving in London on the 29th of March along with other members of the royal family. But after this, the two are free to jet off to their country home for a well-deserved break from their busy lives as royals. 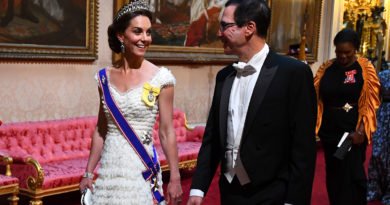 Who Was The Mystery Guest Kate Greeted At The State Banquet?