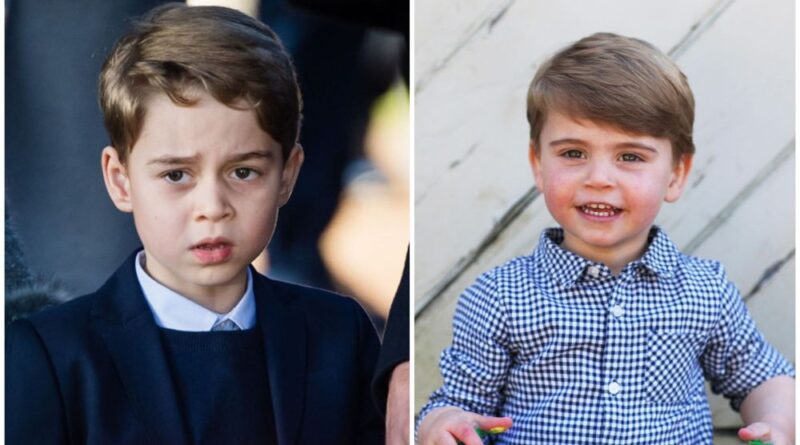 This Friday the Cambridge family will be celebrating Prince Louis’ third birthday. But tomorrow has some significance for his older brother Prince George also, as the 23rd of April also happens to be England’s national day, St George’s Day.

The oldest of the three, who will be turning eight in July, shares his name with the patron saint, with his legend being that of a Roman army soldier who slew a dragon.

It has been an eventful April for the Royal family, celebrating the Queen’s 95th birthday on Wednesday 21 April, which she spent in mourning at Windsor Castle, after the death of her husband Prince Philip two weeks ago.

Prince Louis isn’t the only royal with a birthday this Friday, as Lady Gabriella Windsor, the daughter of Prince and Princess Michael of Kent, will also be celebrating her birthday on the same day, turning 40.

And the celebrations don’t slow down either, with Princess Charlotte turning six on May 2nd, while their cousin Archie, Meghan and Harry’s firstborn, will be celebrating his second birthday on May 6th in the US.

Even with the royal family still officially in mourning, we have no doubt that Duke and Duchess of Cambridge will still try to give their youngest child Prince Louis a special birthday celebration on Friday. It has become sort of a tradition for the Duchess to make all her children cakes for their birthday, usually with wonderful results.

Back in 2019, Kate made an appearance on Mary Berry’s A Berry Royal Christmas, where she admitted: “I love making the cake. It’s become a bit of a tradition that I stay up until midnight with ridiculous amounts of cake mix and icing and I make far too much. But I love it.”

The Duke and Duchess of Cambridge also mark their children’s birthdays by sharing new photos of the birthday boy/girl on their social media accounts, with tons of good wishes from fans flooding the comments.

The royal family is still in mourning and shaken after the loss of Prince Philip. The Duke of Edinburgh passed away at the age of 99 on Friday, April 9, with the funeral being held on April 17. Due to the virus restrictions still in place, the guest list numbered only 30 people, with members of the royal family and close associates attending. Prince Philip had never wanted a big fuss of a funeral, so this was a fitting goodbye for the Prince.

At the moment, members of the royal family are taking turns visiting the Queen at Windsor Castle, with her mourning and coping the best way she could. She has been seen walking on the estate with her two new puppies, gifts from her son Prince Andrew to keep her company and provide support.

READ NEXT: How William And Kate Paid Tribute To Prince Philip With Latest Outing