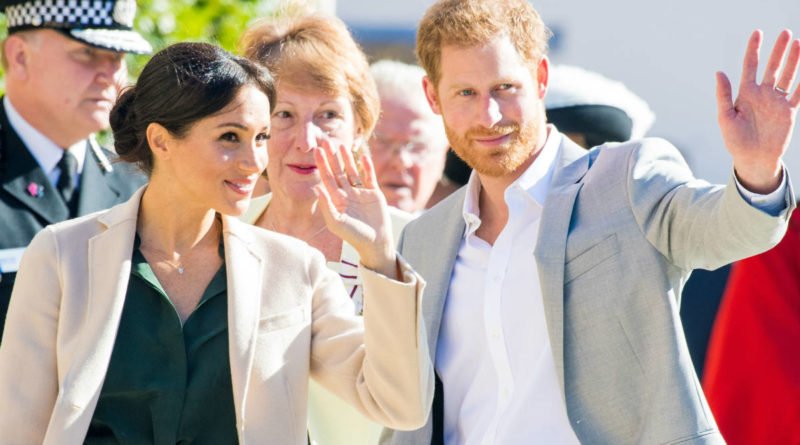 The royal couple will not be able to make it to a part of the wedding, and here is the reason.

Prince Harry and Meghan Markle are part of the 850-plus guest list that will be attending Princess Eugenie and Jack Brooksbank’s wedding this Friday at Windsor Castle, where they tied the knot five month ago.

Besides the Duke and Duchess of Sussex, the guest list includes tons of other celebrities such as Elton John for the October 12th ceremony. However, the couple will have to cut their fun short, as they won’t be able to make it for the after-party, due to the fact that they have a plane to catch. As we know Meghan Markle and Prince Harry will go on their very first official royal tour as a couple this month, and coincidentally it falls just a day after the wedding. This will be a different kind of royal wedding, as Eugenie and Jack’s nuptials will reportedly be a two-day affair. On the first day, there will be a lunchtime soiree after the ceremony and an evening reception later that night. On the second day, the couple will have a second, festival-inspired party on Saturday, October 13.

“There will be dodgems and funfair rides, coconut shies, lots of food stalls, loads of cocktails, Bloody Marys for the hangovers and a festival vibe,” a source told The Times.

Unfortunately, Meghan and Harry will have to sit out the second day due to royal obligations. The couple is to begin their 16-day tour of Australia, New Zealand, Tonga and Fiji on Monday, October 15. In order for them to be there on time, they will need to leave London on Saturday to account for the 22-hour flight-commercial, no less-and the nine-hour time difference. Royal fans will not be able to see much of Eugenie and Jack’s private reception-be it the Queen-hosted lunch, the evening party at Royal Lodge, or the second day festival-but they will be able to follow along with the official ceremony on multiple TV channels. The broadcast in the U.S. will start at 4:25 a.m. EST.

George And Charlotte Enjoy A Fun Day Out With Grandparents