We just got the news that Prince Harry and Meghan Markle won’t be able to spend Valentine’s Day together this year. And the reason? The Duke of Sussex will be out of the country. Harry will be in Norway on official duties on the most romantic day of the year. Shame.

Kensington Palace tweeted that Harry will be visiting a remote training camp 200 miles inside the Arctic Circle on February 14. The reason for his visit it to celebrate the 50th anniversary of Exercise Clockwork in Bardufoss-the traditional name of the annual winter exercises that trains Royal Marines and Royal Navy Sailors and airmen. The Palace also tweeted: “The Duke of Sussex will meet military personnel living and training on the base, view some of the specialist outdoor severe weather equipment and training that is conducted at Clockwork and talk with expert aircrews and engineers.”

The Duchess of Sussex, who is reportedly in the early third trimester of her pregnancy, will be unlikely to join her husband on the royal trip as the visit will include spending time in one of “the world’s most demanding environments”.

On the Duchess side, we recently got a new report by a body language expert, who explains why the pregnant Duchess is constantly cradling her bump. According to Harry Witchel, the former actress is making an attempt at reserved royal behaviour. He told the Mail on Sunday: “Meghan tends to cup her bump by knitting her fingers together – a sign of holding back and being more grounded.

“That’s quite a contrast to her usual behaviour, which involves dealing with the world with gusto. As a Royal she is expected to be more reserved, so is this a subconscious attempt to be so?

“This doesn’t look like acting. This looks like a woman aware of a change in her body.”

The baby is due in spring, but an exact that has not been made public. The newest addition to the royal family will be seventh in line to the throne, however, it is very unlikely that the baby, be it a boy or girl, will be given the title of Prince or Princess. Instead, they will most like get the title Lord or Lady, as they are too far down the line of succession. Before the baby’s arrival, the couple will be leaving Kensington Palace and leave behind the busy life there for something more peaceful at their new home Frogmore Cottage in Windsor. The cottage is currently under renovation and preparing for both the couple and their future baby.

The home was a gift from Harry’s grandmother the Queen. Meghan is reportedly often cooperating with the renovators, choosing a vegan paint and a design that is completely gender neutral as the gender of the baby is still a mystery.

READ NEXT:  Kensington Palace Is Battling Online Abus Aimed At Meghan and Kate 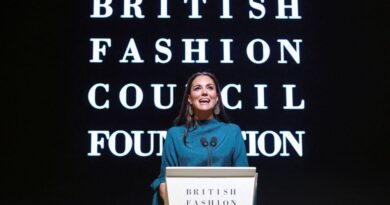