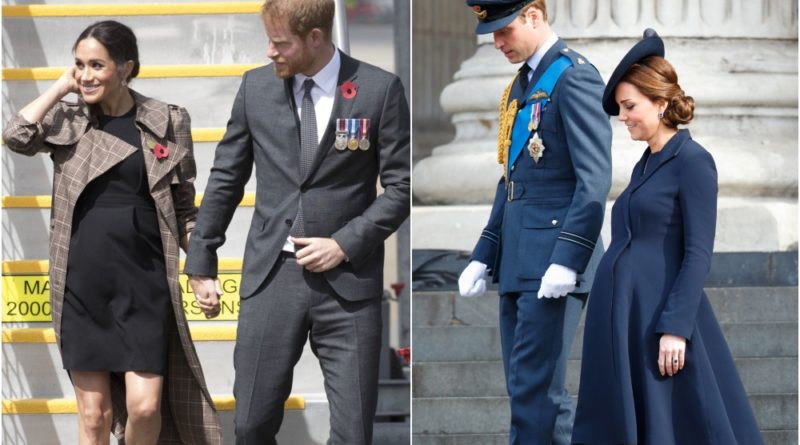 When Harry and Meghan stepped out in New Zealand to visit Courtnay Creative, at an event celebrating the country’s arts scene, the Duchess opted for a chic white tuxedo dress.

We also noticed Kate wearing shorter dresses during the pregnancies with all of her three children.

And according to a maternity clothing expert, Ceceile Reinaud, there is a particular reason why the Duchesses started wearing shorter dresses when pregnant. Just hours before Harry and Meghan appeared for their first engagement in Australia, the couple had announced they are expecting their first child.

And during the tour, several times Duchess Meghan opted for outfits who highlighted her little baby bump and for shorter dresses too.

In an interview with Instyle, Reinaud explained: “She’s likely to have quite a big bump because she’s quite a petite build.

“So highlighting legs and arms is always a good trick to keep a nice silhouette.

“Kate did go shorter for sure. She went shorter, on a couple of occasions well above her knee, which she never does normally. And especially in winter, because when she wore opaque black tights, it looks okay. It doesn’t look too much because it’s not bare legs.” There were many people who commented Duchess Meghan’s fashion choice and how she might have broken Royal protocol.

But, Myka Meierm, a royal etiquette expert, explains that the Duchess is always surrounded by a Royal team. They hand-pick her clothes and make sure she doesn’t break the monarchy’s traditions.

“They would not have given her the option to do something disrespectful. She has an entire team of aides that call in pieces. They would have pulled appropriate pieces. The Palace is very involved in what she wears and her presentation.

“And of course she has the final say, but there wouldn’t have been any of her breaking rules.” “I think generally, people sort of try to stay true to their pre-maternity style during maternity.”

“So I think we will see the trends she’s shown us, which is a lot of monochrome, not a lot of print, structured shapes, close to the body, slightly androgynous sometimes with trousers and suits.”

She added:”I don’t think she’s going to suddenly transform herself and wear lots of pastels, which is more Kate’s style. Kate was very much, and has always been, into pastels and florals and Meghan has more of a chic look.”

READ NEXT: Kate’s Poppy Brooch: What’s The Meaning Behind It? 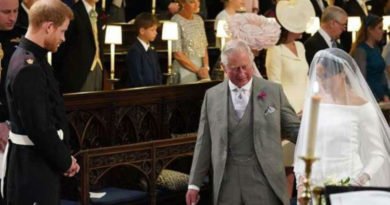 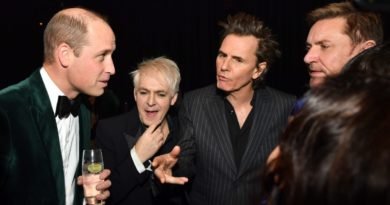 William Revealed Kate Is A Huge Fan Of This Reality Show 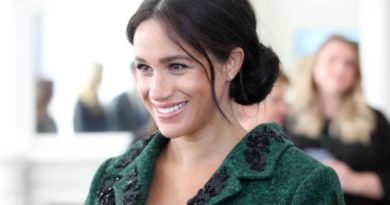