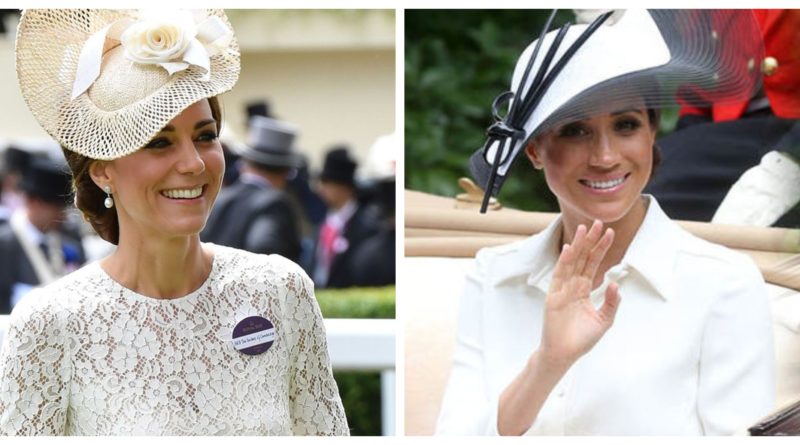 We are sure there is not a person in the world who doesn’t know the Duchess of Cambridge. However, every year when she attends Royal Ascot she wears a name tag on her.

This year, we didn’t notice a name badge on the new member of the family, Meghan. While she attended the prestigious event, we noticed that she doesn’t have the tag. Still, eagle-eyed fans immediately spotted the badge in Meghan’s hand. The Duchess was spotted holding it next to her clutch bag. But, why she didn’t put it on? Still, the new Duchess wasn’t the one who didn’t wear the badge. Previously, Camilla, Duchess of Cornwall, has also omitted to wear the name tag.

Aside from the Queen and Prince Philip, the royals, are often seen wearing this accessory at the horse-racing event.

Meghan Markle and Prince Harry joined Queen Elizabeth for the first day of Royal Ascot exactly one month after their royal wedding at Windsor Castle. The couple took a carriage ride onto the course after having lunch with the Queen and joined her for the opening day of the iconic horse racing event. Meghan and Harry joined Prince Edward and Sophie, the Countess of Wessex in the carriage.

Among the other members who missed the Royal Ascot are Mike and Zara Tindall. But, they have an amazing reason why were absent. They welcomed their second child on Monday! Buckingham Palace released a statement which read: “The Queen, The Duke of Edinburgh, Princess Royal, Captain Mark Phillips and Mike’s parents, Mr. Philip and Mrs. Linda Tindall, have been informed and are delighted with the news. The baby’s name will be confirmed in due course.”

READ NEXT: Meghan Markle and Prince Harry might reveal a baby this year, says Thomas Markle 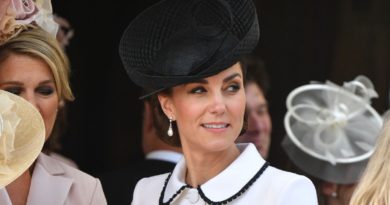 The Heartfelt Open Letter From Duchess Catherine To All Families