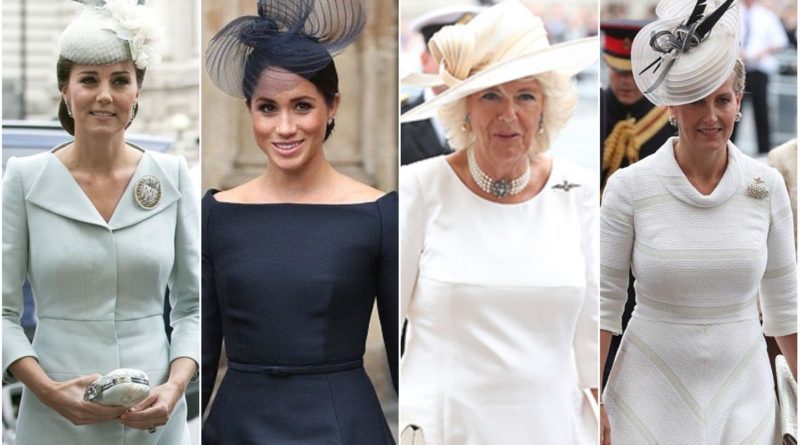 The Queen has been joined by her family including Meghan, Prince Harry, Kate, Prince William, Prince Charles and Camilla for a day of special events including a Buckingham Palace flypast as the Royal Air Force celebrates its centenary year.

The celebrations started with the royals attending a special service at Westminster Abbey.

Royal fans noticed that Meghan was the only member of the family to not wear a brooch. Still, she looked stunning in a black dress by Dior and hat by royal milliner Stephen Jones. The fans were also pleasantly surprised to see Kate joining the family for the RAF celebration.

But, we noticed she had a large diamond Dacre brooch on her pastel blue Alexander McQueen coatdress. The prestigious brooch is known to be the highest award any female cadet can achieve annually since 1982.

The Duchess of Cambridge is not a cadet.

However, according to a spokesman from Buckingham Palace she has presented the brooch as a gift from the cadets following her appointment as Honorary Air Commandant of the organization.

She wore the accessory in 2016 when the Air Cadets marked their 75th anniversary. The Queen was seen wearing the Jardine Star Brooch. The accessory features eight diamond encrusted rays separated by a single diamond in the middle, surrounded by a cluster of eight smaller stones. The Queen has previously worn the brooch many times at other engagements.

Camilla, the Duchess of Cornwall, who is Honorary Air Commodore of RAF Halton, also wore her RAF brooch. Princess Anne was also seen wearing a gold version of the RAF badge. She is an Honorary Air Commodore of Royal Air Force BrizeNorto.

So, the ladies wore an RAF brooch because they hold an honorary position with RAF bases or squadrons. Therefore, it seems that Meghan will have to wait a little longer until she gets hers! 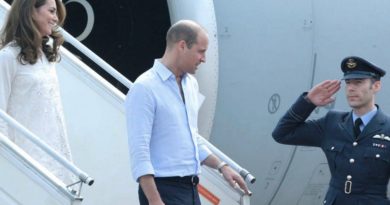 The Funny Reason Why William Was Disappointed With Flight