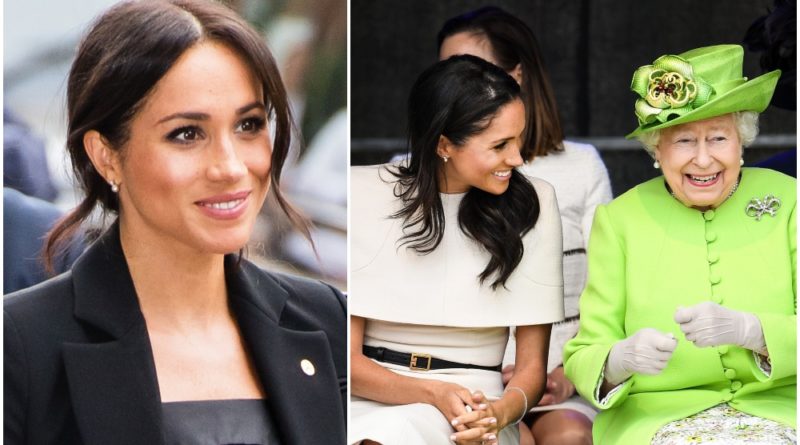 Harry and Meghan stepped out for one of the most emotional events of the year on Tuesday.

The Duke and Duchess of Sussex attended the @WellChild Awards. The event is being held at The Royal Lancaster Hotel, London. It is Meghan’s first time attending.

For the occasion, Meghan opted for black trouser suit blazer by Altuzarra. She completed her outfit with a blouse designed by Deitas, black stiletto heels and matching the clutch bag. But, it seems that the Queen it’s not very happy about her choice. Apparently, she prefers women in the royal family to wear dressers or skirts.

Meghan Markle has done quite a good job with accepting the royal lifestyle, despite some hiccups with some very public family dramas, she has kept going strong.

Still, she “has found certain rules in the royal household difficult to understand, like the fact that the Queen prefers women in dresses or skirts rather than trouser suits, and is often asking Harry why things have to be done in a certain way,” a source previously explained to PEOPLE.

“I think she finds it a little frustrating at times, but this is her new life, and she has to deal with it,” the source added.

When Meghan attended her first Wimbledon match as a royal, alongside Kate, also wore pants. She opted for wide-leg cream and paired them with a blue striped button-down shirt, while Kate Middleton wore a dress. Then, on the Royal Tour of Ireland with Prince Harry, Meghan wore a Givenchy power suit. Royal commentator Victoria Arbiter told BAZAAR.com: While the Queen prefers dresses and skirts for herself, and for the women in the family, there is no “rule book.”

“As far as I can see, Meghan has been perfectly, appropriately dressed for each event that she has gone to,” Arbiter said. We’re loving her looks, as well!

READ NEXT: Prince Harry Reveals One Thing He And George Have In Common

Why George Could Go To Less Traditional School Than His Dad William?