As Christmas fast approaches, everyone’s schedules have been winding down ahead of the holiday season. And on Wednesday, it has been revealed that Prince George and Princess Charlotte have broken up for the Christmas break too. The royal siblings can enjoy some time off from school they start the new term on 7 January 2020.

Prince William and Kate opted to send their children to the posh south London school Thomas’s Battersea, which is just a 20-minute drive from their home Apartment 1A in Kensington Palace.

Princess Charlotte is in the Reception program (that’s what comes before Year 1). She became a pupil in September. The little Princess arrived with her older brother and her parents. The only missing member of the Cambridge clan was one-year-old Prince Louis.  Charlotte is studying French, computing, art, music, drama, and ballet.

The royal siblings and their parents are expected to spend Christmas with their great-grandmother Queen Elizabeth and the rest of the royals in Norfolk.  William and Kate usually walk to church on Christmas Day and take the time to speak with locals.

Prince George and Princess Charlotte have already revealed their Christmas wishes this year. “Charlotte takes after Queen Elizabeth and is obsessed with horses”.

“She’s asked for a pony but might have to wait until next year because William thinks she’s too young”.

Prince George, on the other hand, has apparently asked for some new sporting equipment this holiday. “George is really into tennis and has asked for a new racket and a football table,” a source revealed.

READ NEXT: Princess Charlotte’s Christmas Wish Which Suggests She’s Just Like The Queen 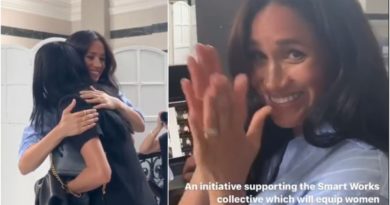