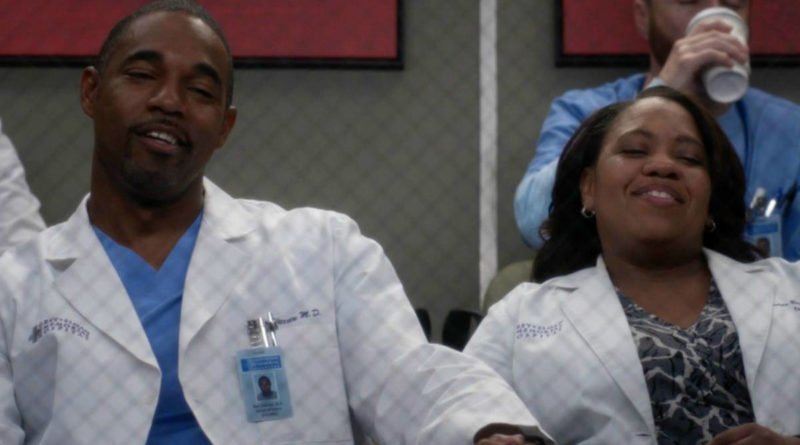 The second half of Grey’s Anatomy is right around the corner and one of the most interesting questions we have is how will Dr. Ben Warren (Jason George) and Dr. Miranda Bailey (Chandra Wilson)’s marriage go on after Ben’s new career choice.

Before the holiday hiatus, Ben finally told Bailey that he had applied for the Firefighter Academy, an as George stated, she is not at all pleased with this. Ben got the idea to join the academy after saving Dr. Stephanie Edwards (Jerika Hinton) from the hospital fire that happened in the season 13 finale. But Bailey, who is still Chief of Surgery at Grey Sloan Memorial, doesn’t want her husband to risk his life when she is already responsible for so many lives and this has caused quite the rift in their marriage.

The status of their relationship was one of the main questions George had when he was first approached about the spin-off.

“Look, you know, television loves drama and at the end of the day, hates happy couples,” George told TheWrap in a recent interview. “And Ben and Bailey are a strong, grown-ass couple, and they solve their problems, no matter how mad they get at each other, they work through whatever the issue is.”

George said that the rarity of seeing a couple in it “for the long, long haul,” and because it is “rarer to see that with a couple of colors,” Ben and Bailey’s relationship has become really important to him.

But, George said, “at the end of the day, good TV is about stressing that [relationship] out.” Ben and Bailey’s marriage has been stressed out before — we’re thinking of the time Bailey had to suspend Ben for cutting a patient open with a clipboard in an emergency — “but never before like this,” George said.

“Risking your life on a day to day thing, that goes into deal breaker territory,” George said. “So it was exciting to me, and at the same time, kind of stressful to me, for the same reasons it is to Ben and Bailey. So I think Bailey on the new show, she’s not one to hold her tongue. We still have yet to see how this new situation plays out in terms of their relationship if their relationship can survive this new piece.”