This article contains spoilers for those who haven’t read Gabaldon’s fourth “Outlander” novel, ‘Drums of Autumn’ and what will be a  very important moment in the newest Outlander season of the Starz adaptation.

Outlander is no stranger to portraying rape and sexual assault on television. And in the newest installment of the Starz drama, they will have to tackle the issue once again. In the fourth book of the Outlander novels, Drums of Autumn, the main character is raped. The moment is very important story wise as it not only affects the characters in this books, but its effects can be felt throughout every other novel that follows in Diana Gabaldon’s series, mostly due to the physical and emotional impact it has on its victim.

The Drums of Autumn

In Drums of Autumn, Claire (Caitriona Balfe) and Jamie’s (Sam Heughan) adult daughter Brianna (Sophie Skelton) uses the stones to travel back in time and reunite with her mother. She also meets her father, Jamie, for the first time in her life. But along her journey, she comes across the psychopath Stephen Bonnet (Downton Abbey’s Ed Epeleers) and he ends up raping her.

While Outlander does not follow the books beat by beat, Brees rape is an important event for the future of the Starz series because of everything that transpires due to it in the future-Bree gets pregnant, potentially with Bonnet’s child. We know that Brees rape will be included in the upcoming fourth season of the Starz drama. The series already has shown a couple of rape scenes in its first three seasons, but this is different this time. At the moment, the subject of #MeToo and Time’s Up being on the news every other day, the executive producer/showrunner Ron D. Moore has to tread carefully and decide where to draw the line on things they should show onscreen and why.

“We’ve always been guided by that principle,” Moore told THR at a recent Emmy event to support the show. “We have a history of it with the show itself, [so the question becomes] how much of this material is in the show, when do we do it, when do we decide not to do it and why are we making that choice. You have to approach it on a case-by-case basis and this is obviously a big story point, so it wasn’t really an option not to do it. It’s more a question of how you’re going to do it and what it meant to that story in how you presented it.”

Outlander is one of the few examples of shows whose depictions of sexual assault are portrayed responsibly and sensitively, unlike other shows who have been criticized for gratuitous and unnecessary depictions of the deed.  The series previously has depicted rape scenes with Jamie and Fergus (Romann Berrux) by Tobias Menzies’ Black Jack Randall as well as with John Bell’s Young Ian at the hands of Lotte Verbeek’s Geillis.  In both of those cases, Outlander took the time to explore the emotional and physical trauma that followed each victim. The show also loves to subvert expectations, not shying away from portraying men as rape victims as well as women. In a medium dominated by what we can say is stories depicted through the male POV, Outlander turns the tables and shows us how nudity, sexuality, and violence are seen through female POV. That’s not to say that women haven’t been raped in the series before, as the drama’s female lead, Claire, was raped in season two. Now, as the Outlander producers gear up to feature another prominent story involving rape, they’re focusing on being as respectful to viewers as possible.

“As in everything we do with this show, like Jamie’s rape in season one, we’re not trying to ever be gratuitous,” executive producer Maril Davis tells THR. “We’re trying to depict things as they really happened in that time. Every scene moving forward, we’re trying to do something where you understand why the character is struggling so much but not doing it in a gratuitous way.”

As more and more movement like #MeToo and Time’s Up popping up, producers are at an increased pressure when exploring topics such as sexual assault, harassment, and rape. “We’re sensitive to what’s going on at this time right now, but we’re also filming something that’s a historical piece,” Davis says. “So we’re trying to do that with both hats on.” Executive producer Matt B. Roberts noted that the series is not trying to be political but instead be true to the historical period that the show is intent on exploring. “If we’re trying to make a political statement within the show, then we’ve lost the plot,” he tells THR. “The characters have to be true to themselves and the storylines, and if someone gleans something from that, then that’s an individual gleaning something from it. But we don’t set out in the writer’s room to make a political statement about any character or any movement or anything.”

SEE ALSO: 10 Reasons To Read The Outlander Series While Watching The Show

That’s the biggest challenge Roberts says the staff faces when bringing the books to life onscreen. “If you harken back to season one where Jamie spanked Claire, a lot of the criticisms were about domestic violence and abuse,” Roberts says. “But in that time, that wasn’t even a thought. When a modern audience views Outlander through a modern lens, then yes, you can have problems with it. But if you actually place yourself in the period — and we’re not saying that rape was OK in that period either — but how the characters view it is how we’re showing it. We’re not showing it how we view it, and that makes a difference.”

As for how the series plans to depict the Bree/Bonnet rape scene, Roberts stressed the thematic importance of the story. “We won’t be handling [it] in the exact same way that we always have,” he says. “In a way, it tells a lot about the period that we’re in and the place that we’re in. We wanted this to tell [a] story and for the theme of the whole season, not just for this moment.”

Producers insist that they don’t pay attention to criticisms of how other shows portray rape and sexual assault — and the response to them — but that they instead focus on trying to be true to the tone of what has made Outlander a success for Starz. “We just do what’s true to our show and what we feel is emotionally relevant,” executive producer Toni Graphia tells THR. “We’re not trying to glorify or titillate anyone with it. We just wanted to show that this is something that was unfortunately very prevalent in that period and was one of the dangers of being back there.”

All involved with Outlander know that it is very important to portray the reality of what it is like to live in the past, problematic behavior and all. “There weren’t the same laws, there wasn’t the same culture,” Graphia says. “We want to show the dark parts as well as the interesting, exciting parts. We want to put our characters through those tests and trials.”

Outlander season four premieres in the fall on Starz. A formal premiere date has yet to be announced. 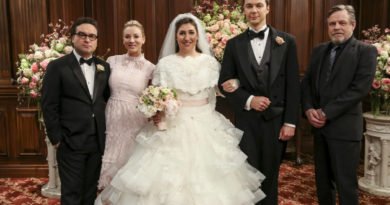 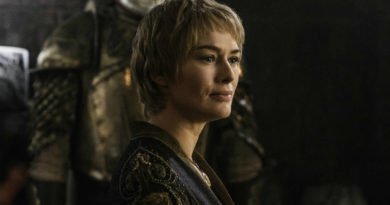 Game of Thrones: Did Cersei Lie About Her Pregnancy And Euron’s Mission?