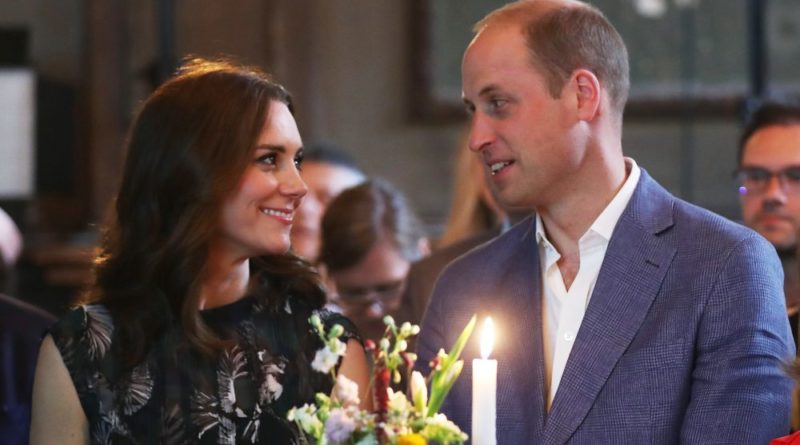 Prince William and Kate have just returned from their five-day tour of Pakistan, their first ever visit to the country. We have gotten so used to seeing the couple in the public eye going about on their royal business, but lets take a moment to reminisce about an important moment in the couples history.

The public got the official announcement a few weeks later, on November 16th 2010. The two signed a guestbook at Rutundu Cabin, located at the foot of Mount Kenya, which might even be the place where the big moment happened.

In the note, which dates 20 – 21 October 2010, Kate hinted that it had been a special stay, writing: “Thank you for such a wonderful 24 hours! Sadly no fish to be found but we had fun trying. I love the warm fires and candle lights—so romantic. Hope to be back soon.”

William added: “Such fun to be back! Brought more clothes this time! Looked after so well. Thank you guys! Look forward to next time, soon I hope.”

After the news of the engagement broke out, the couple gave an interview in which Prince William talked how he had planned it for weeks and even carried his mother’s sapphire and diamond engagement ring in his rucksack for three whole weeks before finally proposing and how nervous he was not to lose it. Kate has described the moment as “very romantic”, but also admitting that she was in “total shock”.

The couple did admit that they had talked about the idea of marriage with each other a lot in the previous year. Africa holds a special place in Williams heart, so normally its the perfect opportunity to finally ask Kate to marry him.

While talking about how family is important to both of them, Kate said at the time: “It’s very important to me and I hope we’ll be able to have a happy family ourselves,” before William added: “Obviously we want a family, so we’ll have to start thinking about that.”

And then, on April 29th 2011, the big day came, with a fairytale ceremony at Westminster Abbey, with Kate looking like a dream in a lace and satin wedding dress, designed by Sarah Burton, the creative director for Alexander McQueen and was loaned the Cartier Halo tiara from the Queen.

It was at that moment did the couple get the titles everyone knows them by now, Duke and Duchess of Cambridge.

A lot has happened during these nine years, and the family has grown dramatically.

Now, the Duke and Duchess are proud parents to three wonderful children. Prince George, 6, is the oldest; Princess Charlotte, their only daughter, is 4, while the newest addition Prince Louis just turned one this year. The children are growing up fast and all in the public eye. And it won’t be long until they start doing royal engagements as well.

READ NEXT: William Talks How George Was Different As A Baby To Charlotte And Louis