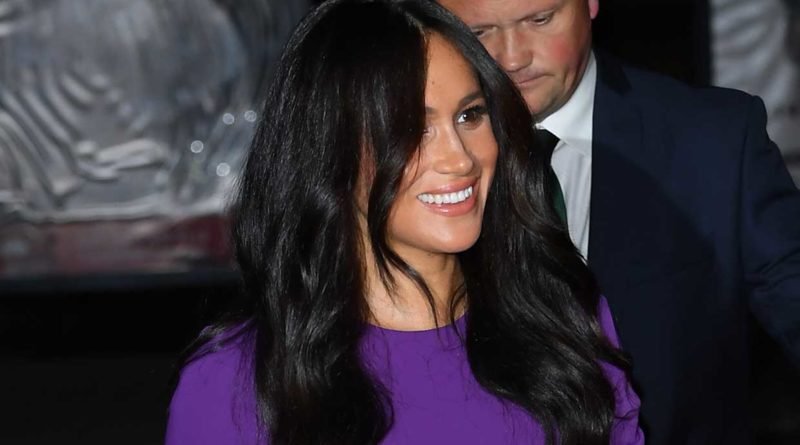 It was her third time in attendance as a counsellor, but first in her capacity as Vice President of The Queen’s Commonwealth Trust, which has partnered with the organization to bring 53 young leaders from across the Commonwealth to the event.

As she arrived on stage, Meghan was greeted by Kate Robertson, one of the two founders, and went in for a friendly hug.

But, Robertson went to curtsy to the Duchess at the same time, as is the correct protocol for members of the Royal Family, resulting in her putting her arms around Meghan’s waist, while Meghan’s hands went around her shoulders.

The two ladies laughed off the mishap, with Meghan shaking her head and insisting that they still share a hug.

It is not the first time we’ve seen Meghan hugging a member of the public while out and about.  According to the royal family’s website: “There are no obligatory codes of behaviour when meeting The Queen or a member of the Royal Family, but many people wish to observe the traditional forms,” which for men is a small bow and for women, a curtsy.

Meghan was the guest of honour at the opening ceremony which begins a four-day event, described as a “global forum for young leaders”, brings together 2,000 young people from more than 190 countries.

Later this week, she is set to hold a round table discussion with several of the One Young World leaders to discuss the issue of global gender equality.

For the event, she sported a purple midi dress with long sleeves by Aritzia. She has worn it previously for a visit to Birkenhead while pregnant with son Archie.

Meghan has been involved with One Young World since 2014 when she first joined as a counsellor at a Summit in Dublin, where she addressed young leaders on the importance of women’s rights and the role men play in achieving equality. She also attended the 2016 Summit in Ottawa.

READ NEXT: Meghan Stepped Out To Attend One Young World Summit 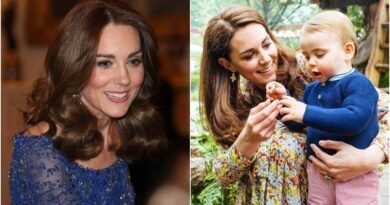